Peckham men from farmers to ferryboats 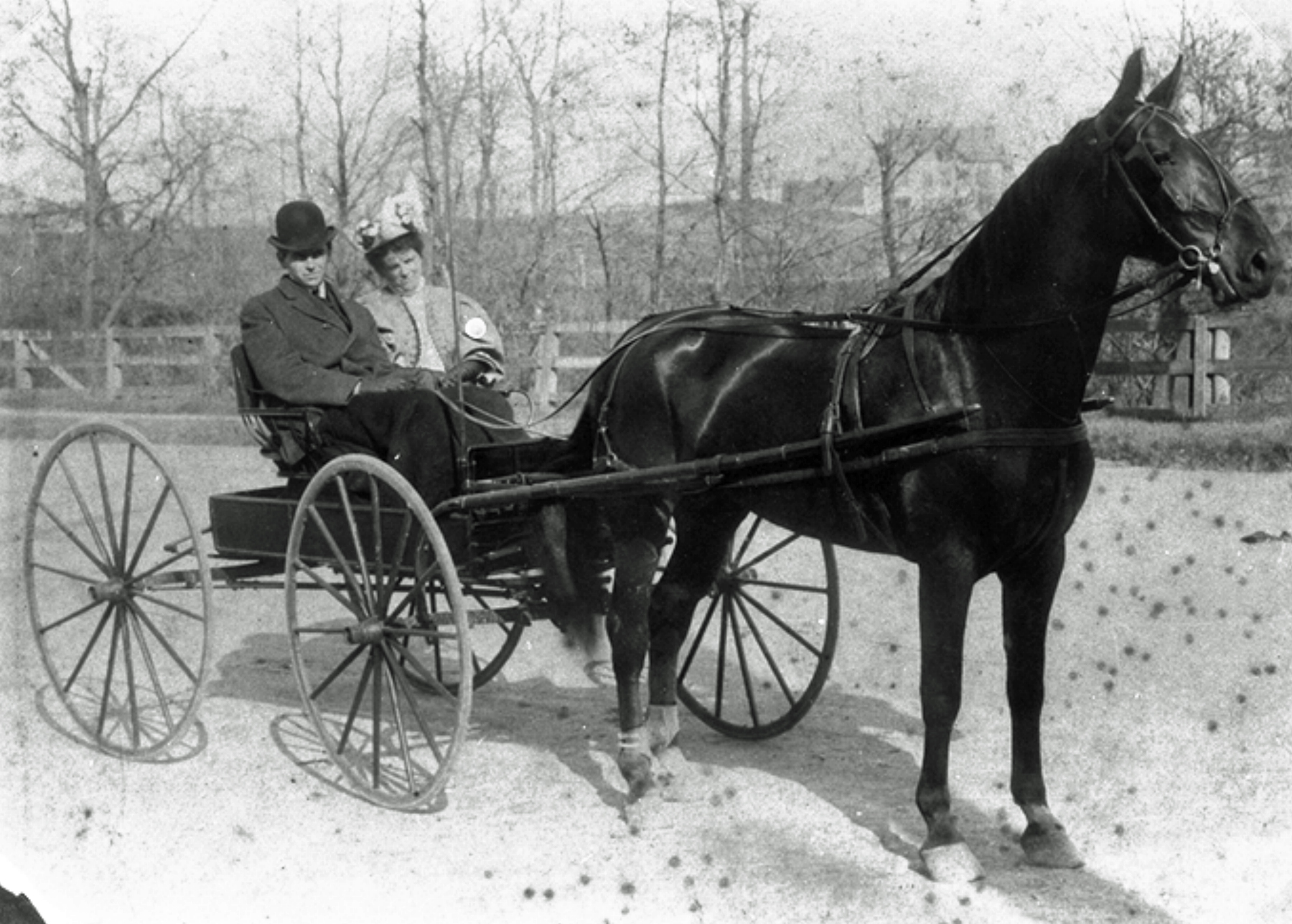 Preston E. Peckham and his wife, Catherine, taking a chilly winter carriage ride. Participating in horse competition, pigeon races, and carriage parades, Preston, born in 1884, was considered one of the most colorful turn-of-the-century characters in Jamestown.

John Peckham, a Newport freeholder, was one of Jamestown’s first landowners. Although he was not among the 101 men who signed the prepurchase agreement for Conanicut Island, his name appears on Joshua Fisher’s 1658 map.

The family maintained its connection to Jamestown, and Alvin Peckham, who was John’s great-grandson many times over, moved to the island after his marriage in 1880. Like many Jamestown farmers, Alvin discovered that supporting the burgeoning resort economy was more lucrative than farming. He founded a hauling business that brought in the raw materials needed to build the cottages and hotels of that era.

The family lived where the business demanded. Peckham first leased a farm in the center of the island, then moved to the Cottrell farm, south of — and closer to —the ferries. Later he built a home on Howland Avenue near the lumberyard he established with Lewis Anthony in 1903. It was Jamestown’s first lumber mill, and the two men brought the lumber from their woodland in Canaan, N.H. Peckham even tried his hand at being a developer himself, building Harmony Villa on Union Street.

A staunch Republican, Peckham served on the town council and was a director of the Jamestown and Newport Ferry Company. He died at the age of 48 in March 1914. His only son, Preston Everett Peckham, born in 1884, proved to be one of Jamestown’s most colorful turn-of-the-century characters. He was 16 when he imported 25 pairs of homing pigeons from Belgium. The following year, one of his pigeons finished runner-up, by one minute, in a 10-hour race to Jamestown from Saybrook, Conn.

The tall, slender, browneyed, black-haired Preston, which was the description on his World War I draft card, was evidently energetic and full of fun. In July 1903, the Newport Daily News reported, “Things being dull about the wharf Tuesday, the drivers of the public carriages organized a carriage parade … led by Mr. Preston Peckham.” He led the vehicles, which were waiting at the ferry wharf for passengers and freight, along the front of Shoreby Hill through the recently platted roads in that neighborhood.

“The carriages made a very credible appearance and no doubt increase of business will result from the parade,” the article continued.

That was the first mention of Peckham’s continuing involvement with horses. By 1910, married to Catherine Donohue with a 1-year-old daughter to support, he was managing his own livery. The company leased horses for riding and draft during this period of transition from animal-drawn transport to automobiles. Later, as draft animals became less in demand, his business included farm animals and livestock.

His main love, however, was his horses. He organized horse-and-buggy races on Beavertail. The races were popular. About 300 people lined Beavertail Road one afternoon in October 1928 to watch them. The first two races pitted two horses against each other. Preston drove his own horse, Lady Rawlinson, to victory in the first race. The second race was won by his father, Alvin, driving Joe.
In the last race, a free-for-all, all four horses competed. In a close contest, Indian Girl, which Lady Rawlinson had beaten in the first race, won. So, the matter of supremacy remained unsettled, though a future race was promised.

At his livery, Peckham conducted a riding academy for summer visitors, and in 1929, he began importing saddle horses from North Dakota to use at the school; he also sold them to other riding academies in southern New England. During one of those transfers, two of the horses escaped and had to be rounded up by state police. The resulting publicity may have boosted sales since several of the animals were sold before they reached the Jamestown ferry.

Throughout his life, Peckham was also involved in municipal business. Each year from 1924- 30, he was elected town clerk on the Democratic Party ticket. He was also, at different times, a member of the town council, chairman of the board of tax assessors, director of public welfare, and a member of the board of directors for the ferry company, where he served as secretary. Preston Peckham died on Sunday, April 20, 1947.

This article is part of a series for The Jamestown Press. It appeared in December 2022.