In the early days, independent express companies, such as the Jamestown Express Company, aka the Littlefield Express, which used a horse and buggy, helped. 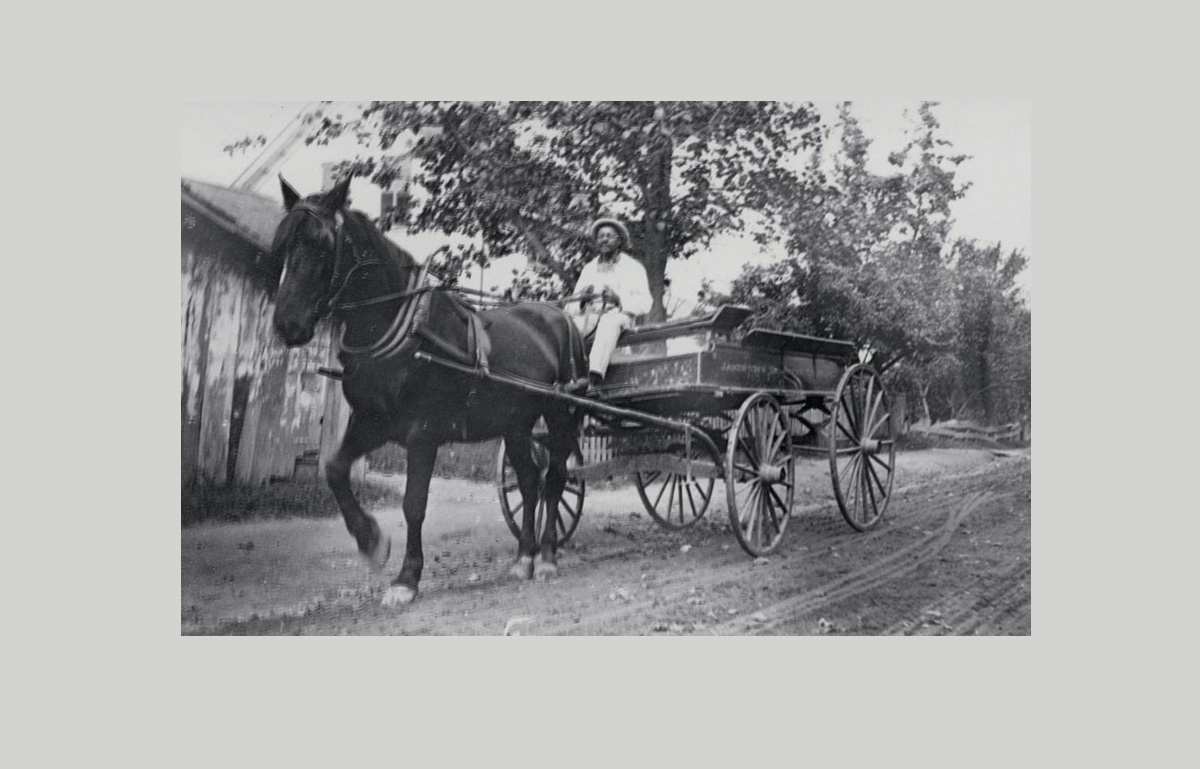 In 1899, as reported in the Newport Mercury on January 28, officers of the Jamestown & Newport Ferry Company had another idea: Nathaniel S. Littlefield, hotel owner, and J.P. Kohler, ferry company Superintendent, petitioned the Town Council for a franchise to lay rails on Narragansett Avenue between the two ferries, and to operate a street railway by either electricity or horses. Before action could be taken at the April Financial Town Meeting, the petition was withdrawn.

Outsider Stillman Saunders, who from 1906 to 1911 ran the Narragansett Transportation Company, an opposition ferry system, proposed a bus. In The Jamestown Ferryboats 1873-1969, Wilfred E. Warren reported that Saunders

“bought two electric buses to transport the ferryboat passengers across the island from landing to landing. … When he applied for a jitney license, the town fathers turned his request down because his ferryboats were running in opposition to the town-owned ferryboats. This did not stop him. His buses would meet both his ferryboat and the town-owned ferryboat. He would take the passengers across the island free of charge. But he would take then to his own boat.” 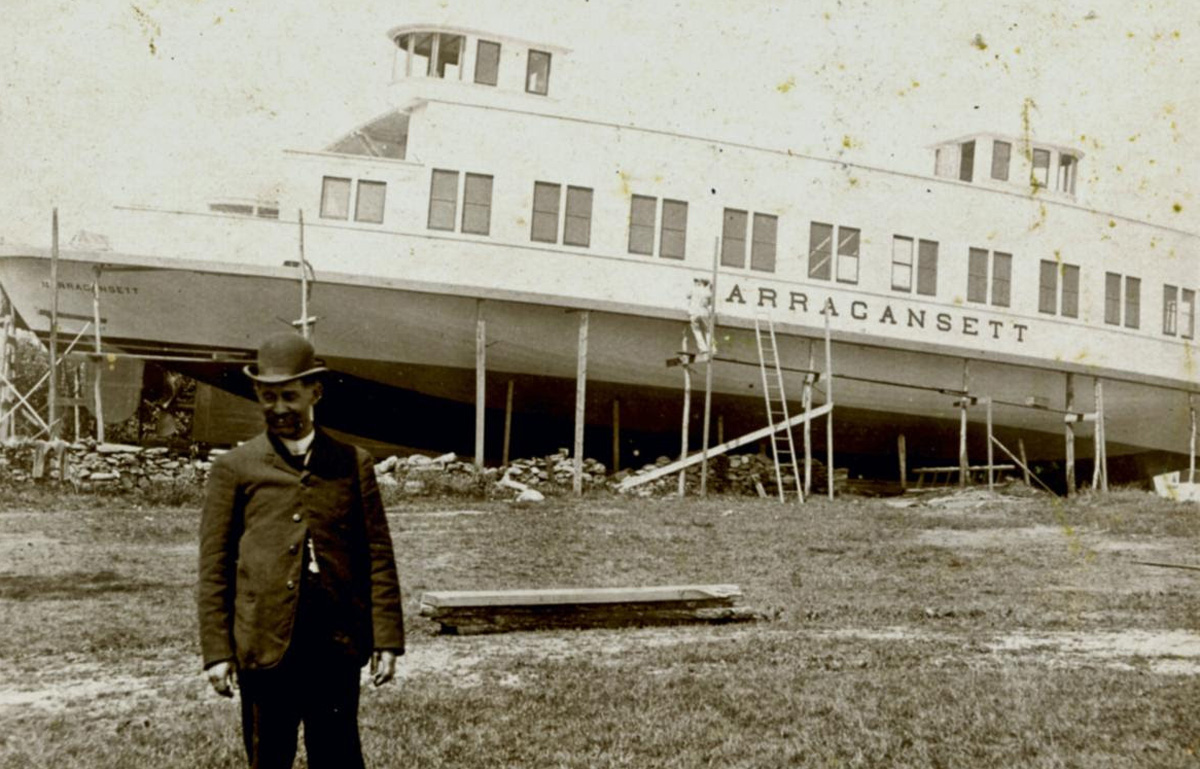 Meanwhile, Jamestown was developing into a busy summer resort. This circa 1910 (below left) postcard shows many carriages available for hire at the East Ferry wharf. In 1912, a more-up-to-date solution was found. John R. Caswell (below right) built this shuttle bus on a Packard chassis in his blacksmith shop on West Street. 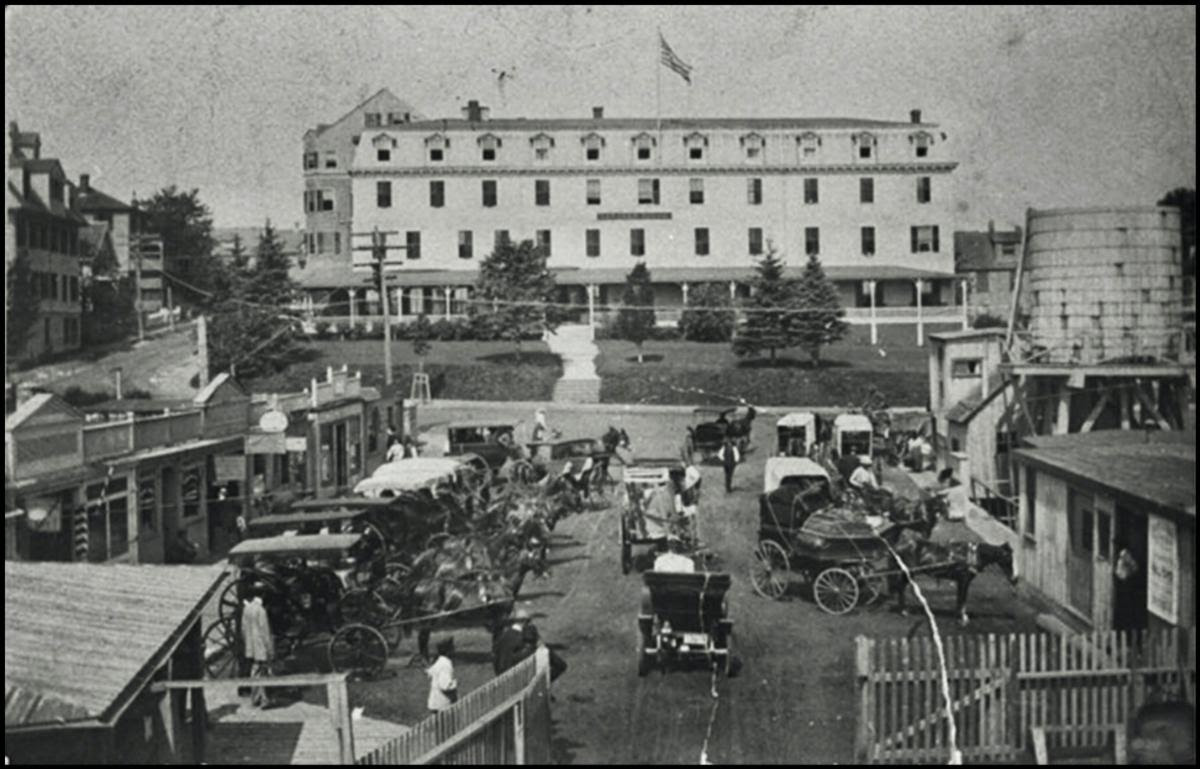 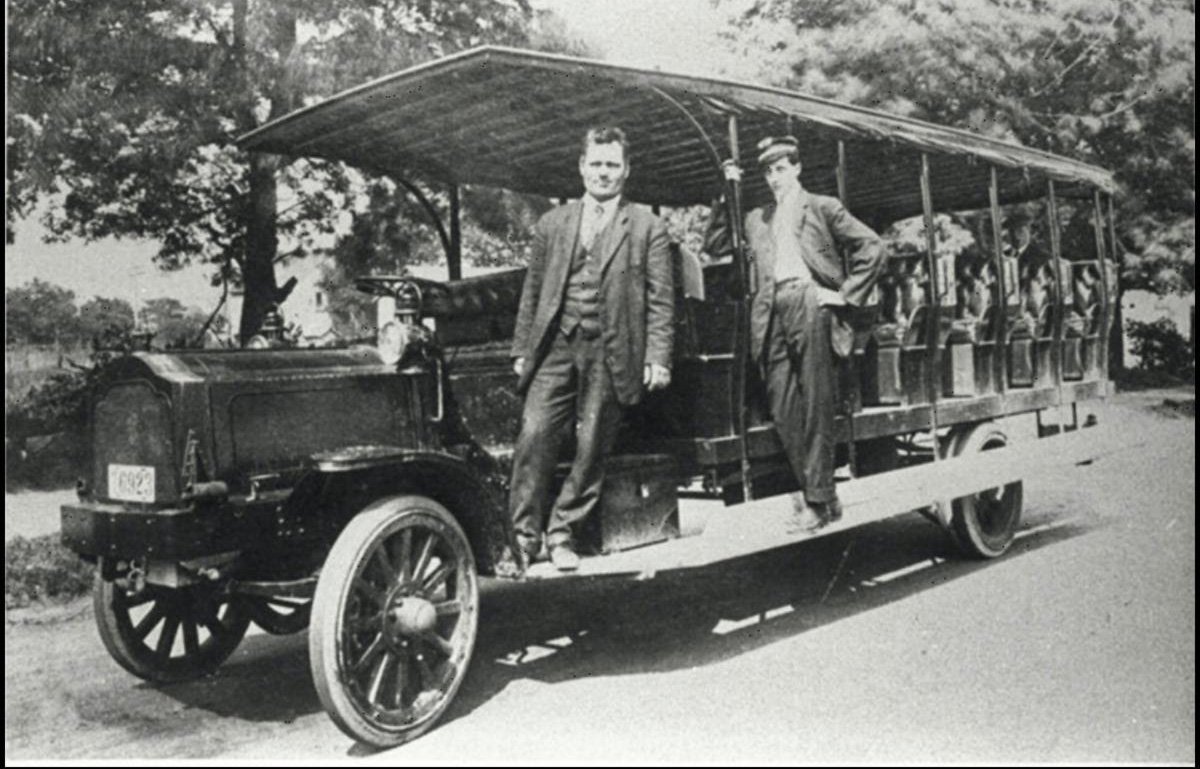 Fourteen years later the ferry company again took an interest in providing for through traffic. The May 18, 1926, Newport Journal reported

“Owing to that fact that Steamer General has discontinued her trips between Wickford and Newport and that direct communication between Wickford and Saunderstown by a line of buses, is assured for the coming season, the necessity for proper bus connections between the ferries in Jamestown appears to be a vital necessity. Consequently the board of directors of the Jamestown & Newport Ferry Company have placed an order with James P. Marchington of Newport for the purchase of a six-cylinder Reo bus of the modern type to seat 21 passengers. It is to be delivered about June 26.”

In 1940, when the Jamestown Bridge opened and the West Ferry service was discontinued, the need for a shuttle across the island disappeared.