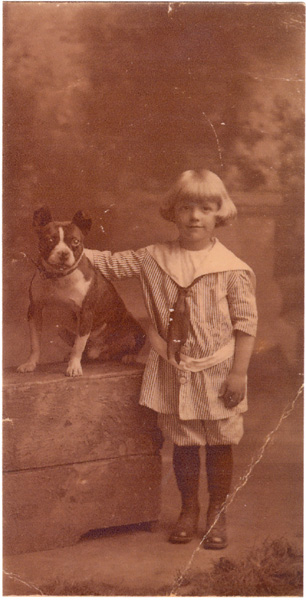 William Foster Caswell, commonly known as “Babe” was born in Jamestown in November 1909, the fifth child of John and Isabel Caswell.  The census-taker six months later recorded “no name” for him.  Family lore says that “Babe” was his only name until he selected William Foster, an uncle’s name, for himself when he started school.

Throughout his life, for day-to-day, he was called “Babe.”

Like many men of his generation, Babe Caswell left school after the sixth grade.  As soon as he was old enough, he apprenticed aboard the merchant marine ship Annapolis and then got a job as a fireman with the Jamestown & Newport Ferry Company (JNFC). In 1930, he married Marion Albee, a telephone operator and, briefly, the editor of the short-lived weekly paper The Jamestown Town Crier, founded by Babe’s older brother Ernest.

About the same time as he joined the ferry company, Caswell discovered his love of model making.  For his first attempt, he whittled and glued together a replica of an old sailing vessel. After building several other models of old sailing ships, he turned to model aircraft. His first were powered by rubber bands. Later he built larger planes powered by gasoline engines.

One of the planes, with a 6-foot wingspread, won two trophies and wood-carving kits during model competition in the state.  Over more than 20 years, he carved models of ships, aircraft, and the ferryboats of Narragansett Bay.  Three of his ferryboat models are in the JHS collection. 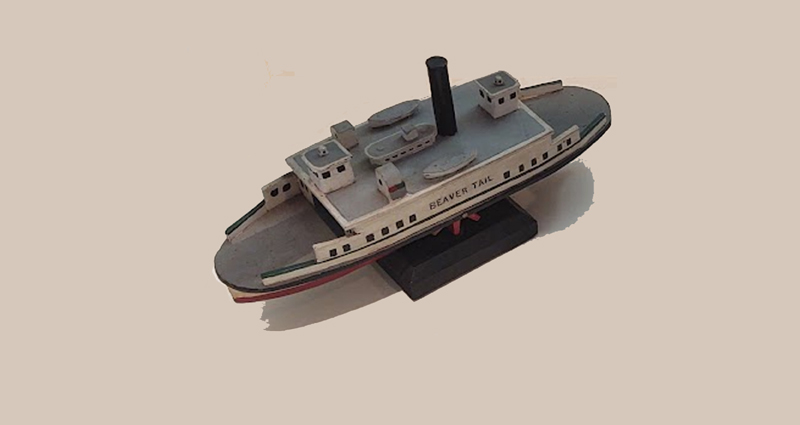 Babe Foster’s model of the Beaver Tail, currently on display in the Jamestown Philomenian Library.

Caswell rose quickly in the ferry company.  As fireman on the Governor Carr, he helped in the recovery of the beached ferry after the Hurricane of 1938 and is reputed to be the person who drove the cars off the recently stabilized ferryboat along a makeshift ramp.  By the time he was 35, he was chief engineer.

Not all of Caswell’s time was devoted to model-making or working.  In 1943, he won a seat on the Town Council and was elected vice-president.  In 1944 and 1945, he served as council president.

The combination of Caswell’s political activities and maritime knowledge led to his appointment as manager of the ferry company.  From its inception in 1873 until 1951 when it was leased to the state, JNFC was majority-owned by the Town of Jamestown, and the board of directors was elected by the voters of the town.  Caswell became acting manager in late 1947. (He later complained that he worked for seven months as acting manager while receiving engineer’s pay.)  He was appointed manager in May 1948.

During Caswell’s tenure, the purchase of the company’s first diesel-powered ferry was negotiated.  The abandonment of steam power was driven by economics.  Projections estimated over 80 percent reduction in fuel cost with diesel power.

The Gotham, rechristened Jamestown (the third JNFC Jamestown), arrived in Narragansett Bay on January 16, 1950, after a rough 19-hour trip from the Chesapeake.  The 22-year-old diesel-powered boat was sent to General Dynamics in New London for overhaul.

The new ferry was still not in operation by the Financial Town Meeting four months later.  At the FTM, Jamestown voters rapped ferry operations in general and particularly the purchase of the non-operating Gotham.  Between purchase and repair, the Gotham cost the town about $250,000 and led to the transfer of the ferry system to state control in March 1951.  Legal, political, and personal repercussions continued for years.

In November 1950, Caswell resigned.  In his letter of resignation, he stated “I find it impossible to run the ferries often enough to satisfy the traveling public, economically enough to satisfy the taxpayers and at the same time pay the employees a decent living wages that they deserve and still keep the ferries up to the standards demanded by the Coast Guard inspection department.  No business can be run successfully without enough capital to back it. This the ferry company has never had.”

After his resignation, Caswell returned to the sea as a merchant marine.  He and his wife continued to live in Jamestown.  Although he served on the Jamestown Bridge Commission for a while, he seems to have taken little further interest in Jamestown political life – maritime or otherwise.

Marion Caswell died in 1965 and Babe retired from the sea in 1971.  He died on his 80th birthday at his daughter’s home in Flint, Michigan. 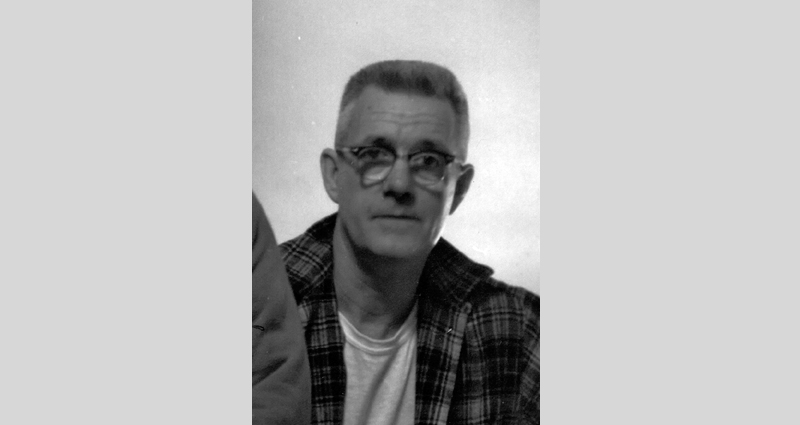 This article is part of a series written by Rosemary Enright and
Sue Maden for The Jamestown Press. It appeared in July 2022.