From the Collection – Golf in Jamestown

Just as golf was becoming popular in the U.S. in the late nineteenth century, Jamestown’s first golf course, a 9-hole Conanicut Golf Club was officially formed in 1895. Six holes were located south of Hamilton Avenue, mostly on the pastures of the Cottrell Farm north of Blueberry Lane and west of Walcott Avenue. Another 3- holes were located east of Walcott on land owned by the Ocean Highland Co. As traffic on Walcott became heavier, the course was reduced to six holes and eventually closed in 1904 as another course was officially opening. 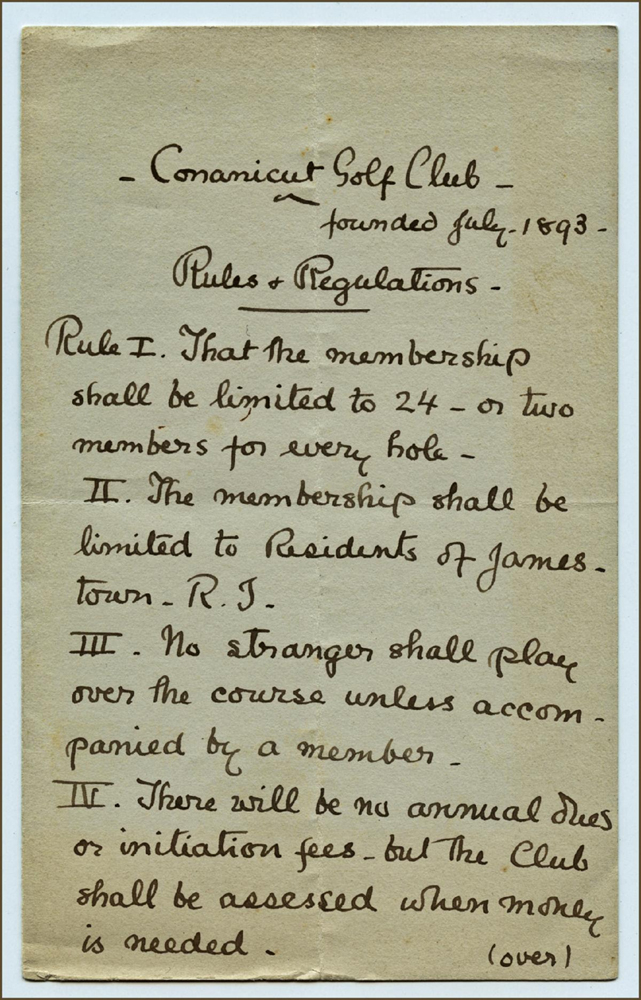 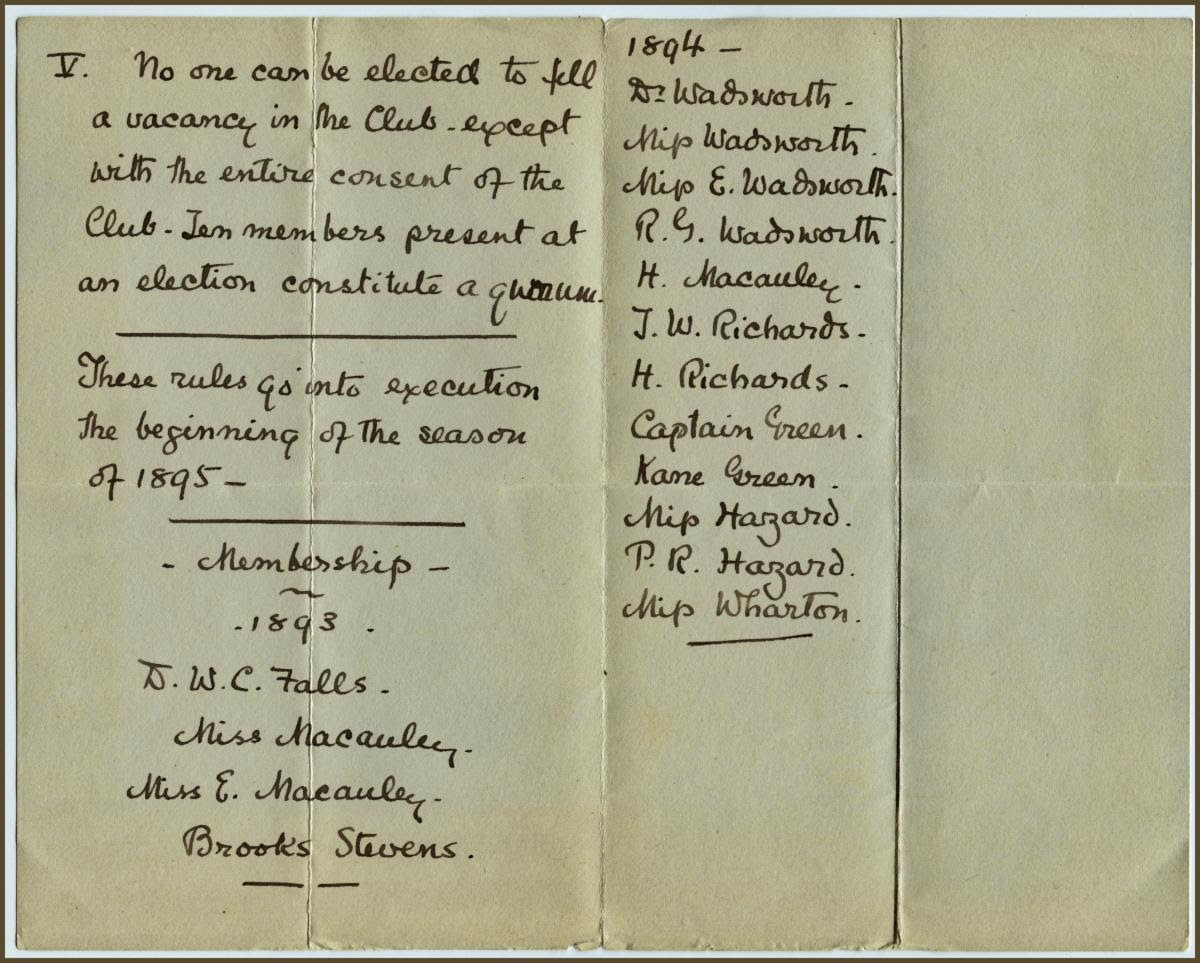 Today, the Jamestown Golf Club, incorporated in 1904, still prospers. A lease between Edwin G. Littlefield and the Jamestown Golf and Country Club executed on 8/20/1901 included “two lower front rooms in the farmhouse and all land not now under tillage”. The course was designed by Alexander H. Findlay. Later that year, it was decided that a new clubhouse should be built to better accommodate the needs of members. The new clubhouse was designed by Andrews and Withers and constructed at Standish and Whittier Roads, south of the course. The clubhouse served both golfers and tennis players who used the adjacent courts. In 1946, the course was sold by Frederick H. Clarke, who had purchased the Littlefield farm through a mortgage default, to the Lyons family. The clubhouse was moved to Conanicus Avenue in 1951. In 1953, Francis and Lily Costa bought the course and later sold the course to the town in 1986.

Audley H. Clarke, a descendent of one of the original purchasers of Conanicut Island, Jeremiah Clarke, developed the Beavertail Golf and Country Club located on Beavertail Road. His home, Wyndsweepe, designed by well-known Jamestown architect, Charles Bevins in 1888 for his father, was used as the clubhouse. The course was designed by A.W.Tillinghast. The club went bankrupt in 1942.

Click  Jamestown Golf and Beavertail Golf, to see more items from our collection. 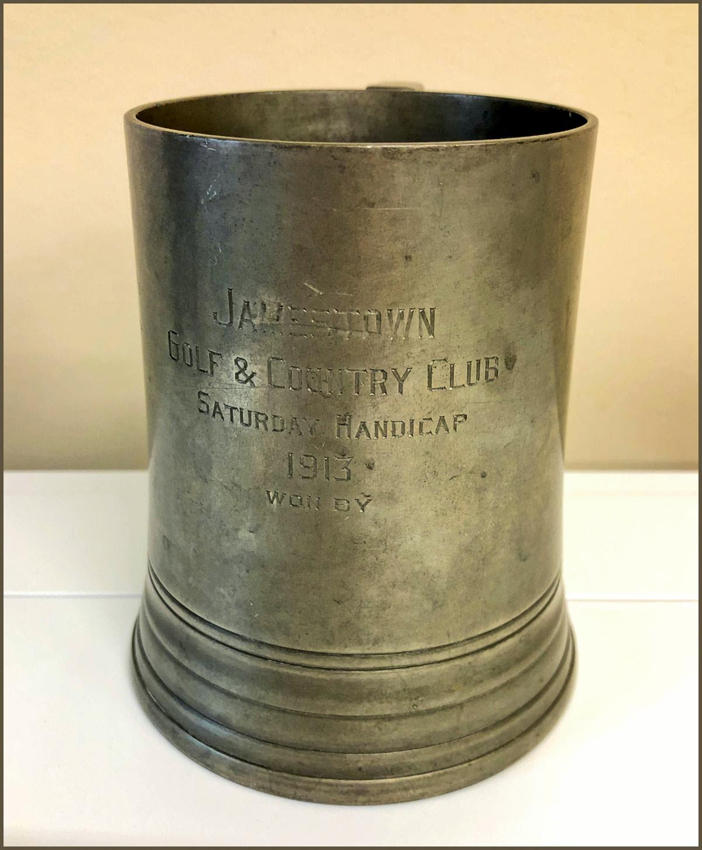