Library Exhibit, May 2022: The Shatzer Family in Jamestown

Harry Shatzer (1879-1922) was born in Pennsylvania.  He married Lulu Virginia Broll (1879-1945) of West Virginia in Baltimore in 1907, the year after he began coming to Jamestown for summer work.  When Harry bought his livery stable/garage at 20 Narragansett Avenue in 1913, the family was already settled in Jamestown and probably living on Knowles Court.

Shatzer sold the Jamestown Garage to Charlie Moll and, in 1920, was named manager of the Jamestown and Newport Transfer Company.  Lulu received 200 shares in the company.  The couple purchased the building at 30 Narragansett Avenue that currently houses the Jamestown Animal Clinic.  When Harry died two years later, Lulu opened Lulu’s Kitchen there and served lunch and tea in the little restaurant.  During the Great Depression she worked as a nurse.

The material in this exhibit was donated to the Jamestown Historical Society by Virginia Shatzer Taylor, Lulu and Harry’s granddaughter.

Harry and Lulu Shatzer with Harry Jr, about 1911.

A copy of the calling card for Lulu’s Kitchen.  The restaurant at 30 Narragansett Avenue served lunch and tea. 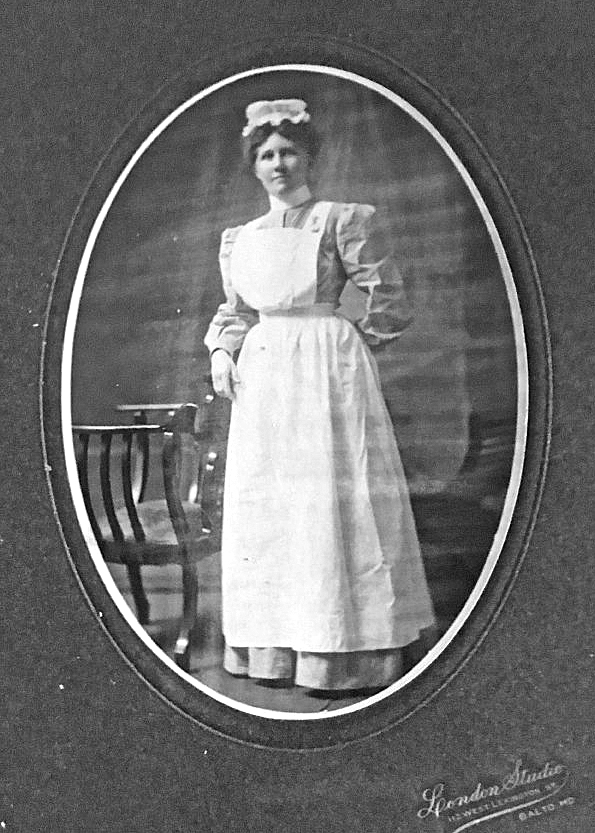 Lulu Shatzer in her nurse’s uniform in the 1930s.