The first post office in Jamestown was established in 1847.  At the time, women were less than 1 percent of federal Postmasters, and the Postmaster’s salary was a percentage of the stamps sold.  Mail was not delivered door-to-door; it was held by the Postmaster for pick up.  The post office moved from place to place, usually in the home or business of the Postmaster.  With a tiny population of under 400 where everybody knew everybody, this informal postal service worked well.

Twenty-five years later, with the introduction of the steam ferry to Newport, things changed.  The summer population mushroomed.  The year-round population grew to support the new resort economy.

In 1875, three years after the introduction of the ferry, Jamestown’s first woman Postmaster, Annie Gardner Littlefield (1851-1924), was appointed.  Annie was the daughter of Captain Stephen Gardner, the first captain of the Jamestown-Newport steam ferry.  During the 1870s, Captain Gardner and his wife Sarah also operated a boardinghouse/hotel on Narragansett Avenue, and in 1883 they built the Gardner House, a summer hotel on the lot where the Recreation Center now stands. 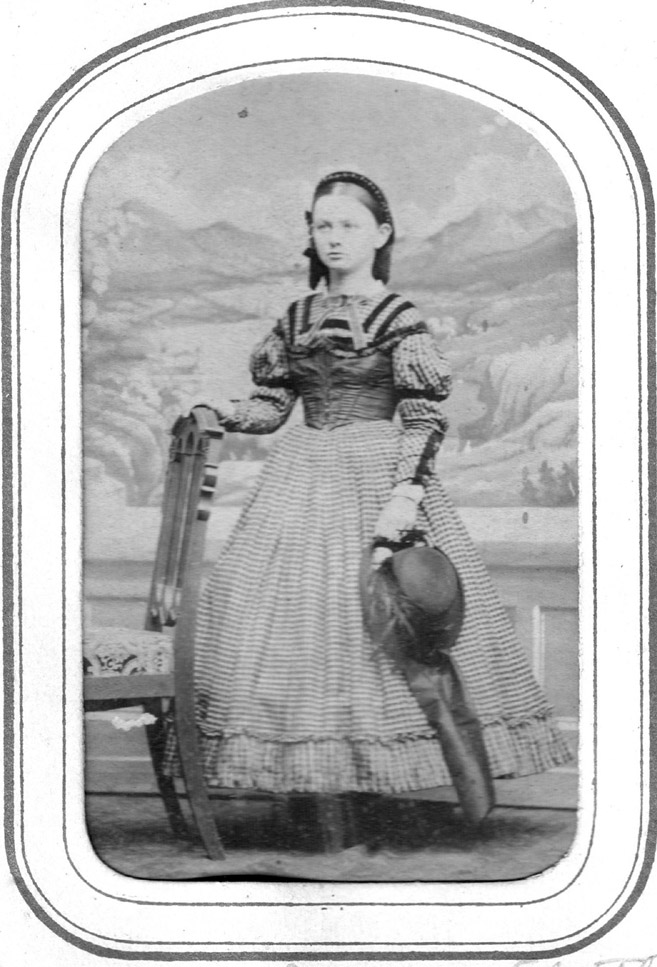 Annie Gardner before her marriage to Nathaniel Littlefield

Annie married Nathaniel Littlefield in the early 1870s and soon after the birth of their only son in 1875, the couple moved in with her parents to help run the hotel.  They continued to be involved in the growing hospitality industry on Jamestown throughout their lives.

This ability to house the Post Office in a building that was open to the public, as well as her father’s influence and the supportive presence of her husband and mother, probably helped Annie, who was only 24 years old and whose son was still an infant, to win this federal patronage position usually awarded in deference to power, influence, and race.

Annie held the position for five years.  She was followed by the only other woman ever to hold the office in Jamestown: Mary Jane Clarke Watson (1823-1888). 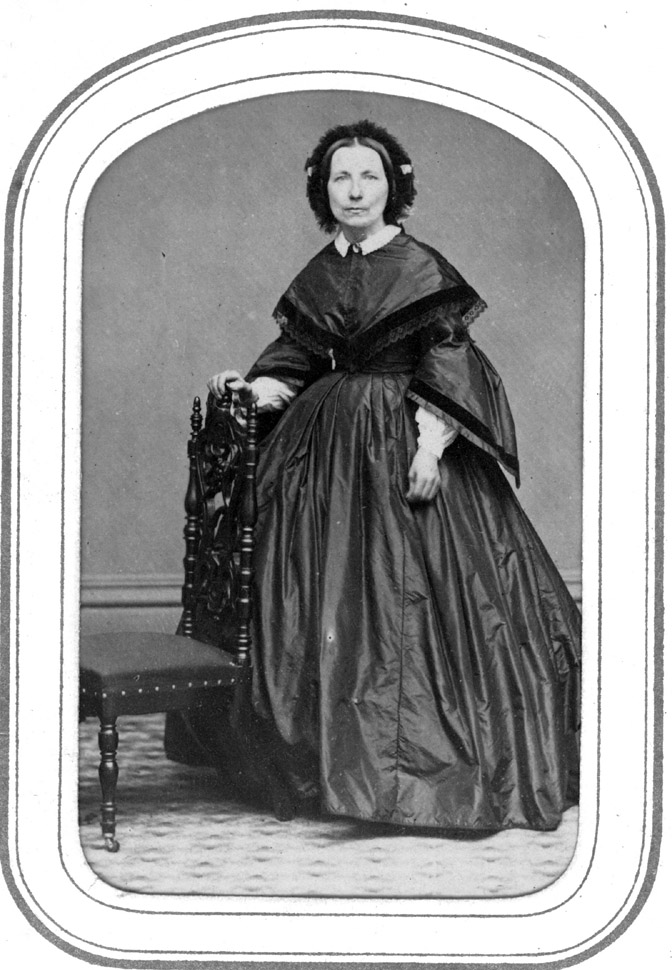 Mary Jane Clarke was the eldest of the nine children of David Wright and Sarah Munroe Clarke and a descendant of Joseph Clarke, one of the purchasers of Conanicut Island from the Narragansett in 1658.  In 1847, she married John Eldred Watson of equally distinguished Jamestown lineage.  The couple lived on Prospect Hill on Beavertail where Mary gave birth to eight children, two of whom died at a young age.

John E. – the “E.” was always used with his name to distinguish him from his cousin John J. Watson – had been elected Town Clerk in 1844 and was re-elected every year until his death.  He ran the Town Clerk’s office out of his grocery store on Ferry Road, now Narragansett Avenue, and when Mary was appointed Postmaster in 1880, the Post Office also moved to Watson’s grocery.

John E. died in 1882.  The Jamestown Town Council appointed his son, John E. Watson Jr., to finish his father’s term as Town Clerk with the general understanding that Mary would continue to fill the duties since, as Mary’s obituary said, “she [being a woman] was unable to hold the office herself.”  Until her death in 1888, Mary Watson served as Postmaster and, except for a two-year period when their cousin John J. was elected, as unofficial Town Clerk with her son.

Around the turn of the century, mail service in Jamestown changed to be similar to today’s service, with a dedicated post office building and house-to-house delivery.  Among the early mail carriers was Edith Caswell Richardson (1901-1994). 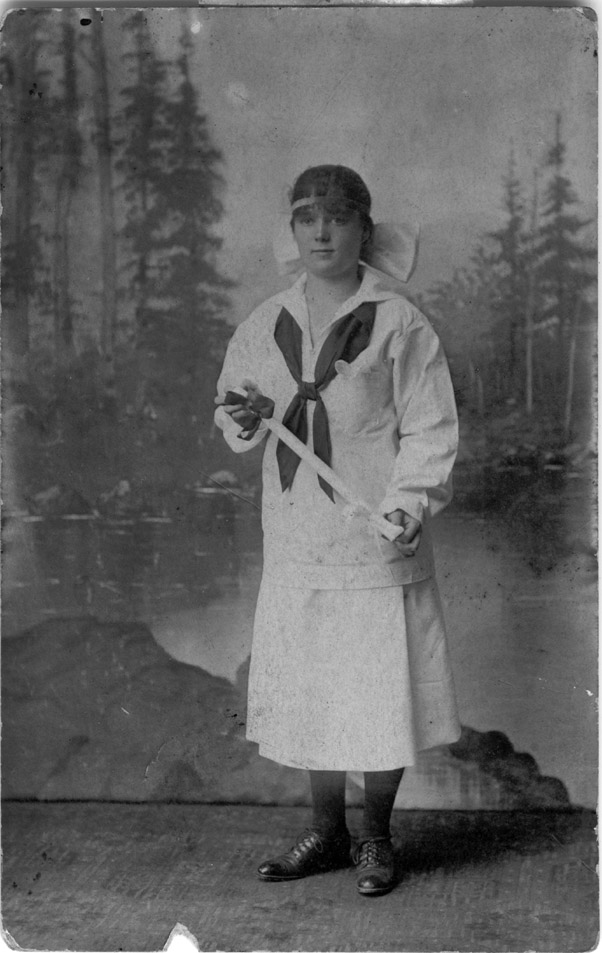 Edith Caswell, later Richardson, in 1914 three years before she became a mail carrier.

Edith Caswell was born in Jamestown and graduated from Jamestown’s Carr School in 1914.  In her 20s, she married Alfred V. Richardson.  Their descendants still live in Jamestown.

Edith was a teenager when she went to work for the Jamestown Post Office in 1917 and was one of the first female rural mail carriers in the country.  Until the mid-1930s, she traveled by horse and buggy in summer and by horse and sleigh in winter to deliver mail along Jamestown’s Rural Free Delivery (RFD) route 1, which had been started about 1906.

Linda retired from the post office in 2000 after 31 years delivering mail along a rural delivery route of about 350 houses.  Since then she has devoted herself to ensuring the preservation of the Beavertail Lighthouse and other historic landmarks and artifacts of Jamestown.

This article is part of a series written by Rosemary Enright and
Sue Maden for The Jamestown Press. It appeared in March 2022.