The September exhibit in the JHS library display case features Jamestown’s many resort hotels and the room keys they used.

The earliest full-service hotel was the Bay View, opened by William Knowles, one of the last sail ferry captains, in 1882.  The Gardner (where the Rec center is now) and the Thorndike (in the next block south) followed in 1883 and 1889.  More modern lodgings are also represented, including the “Fun Ferry” that docked at the East Ferry Pier in 1970s. The Bay Voyage, the only 19th century hotel still remaining, was floated across the bay in 1889, but the exhibit shows its more modern transition as a Wyndham Resort. 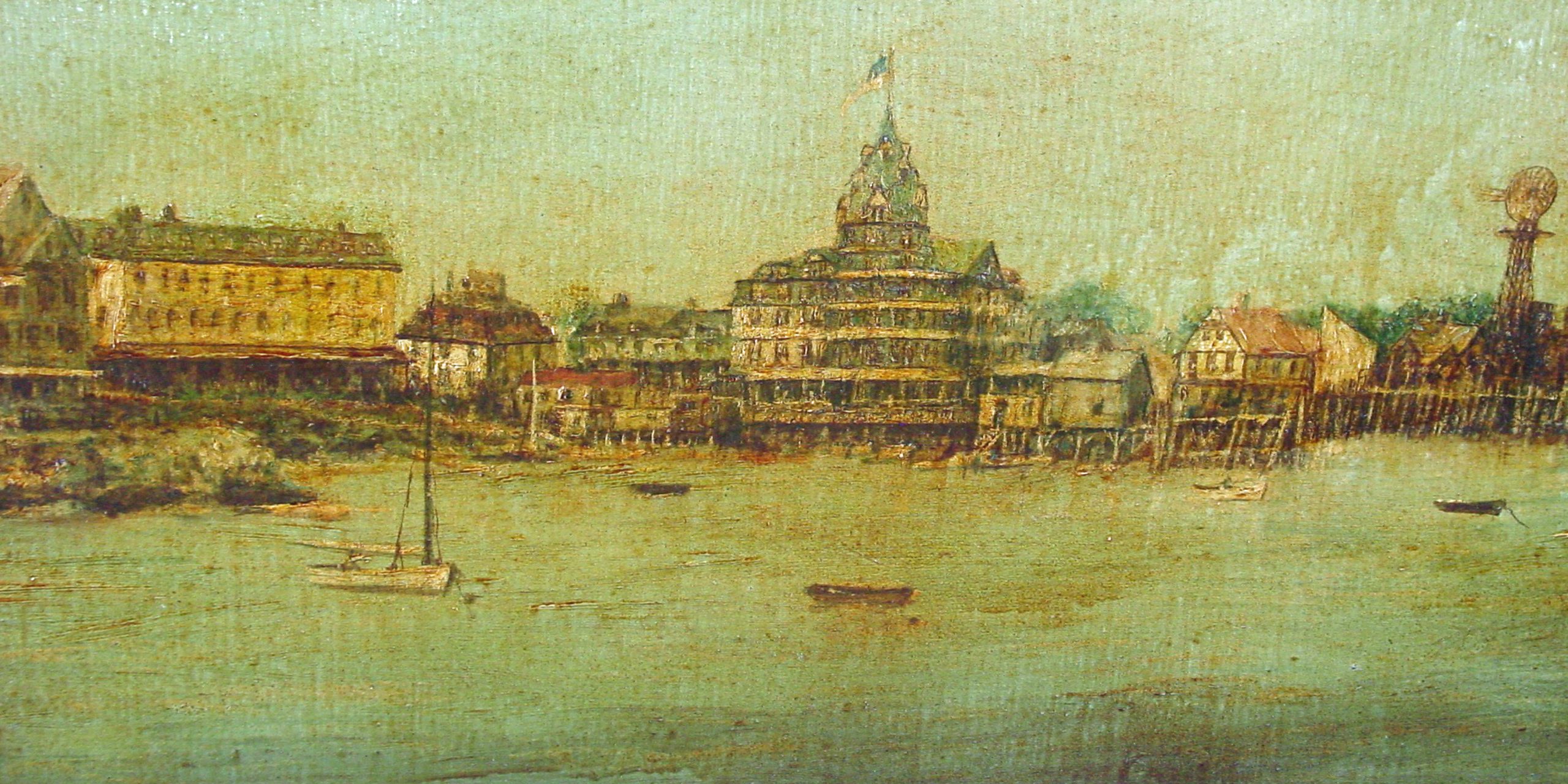 Above: View of the Jamestown Waterfront by Francis West, c. 1940. The Bay View Hotel with the cupola is center and the Thorndike Hotel is to the  left. 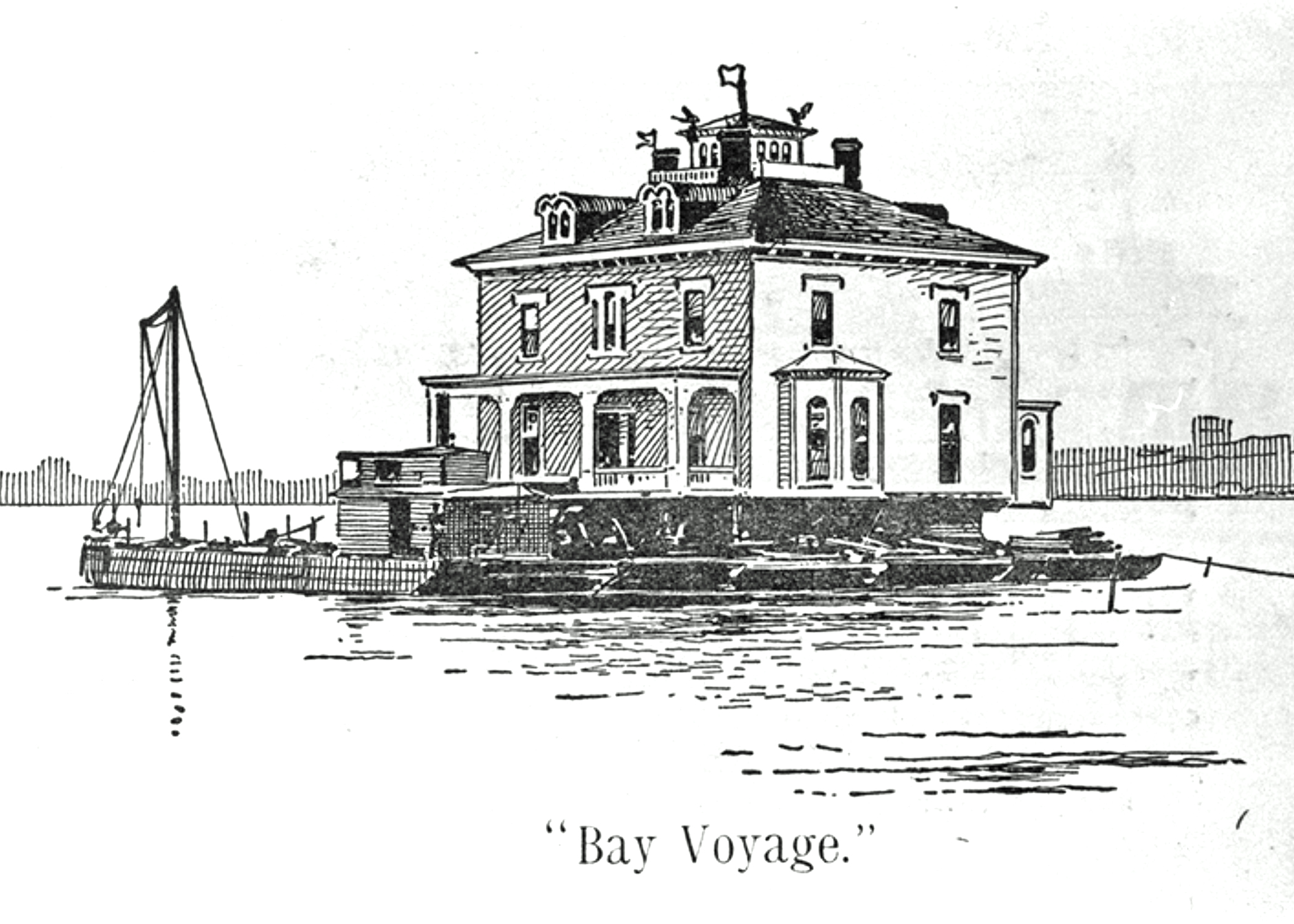 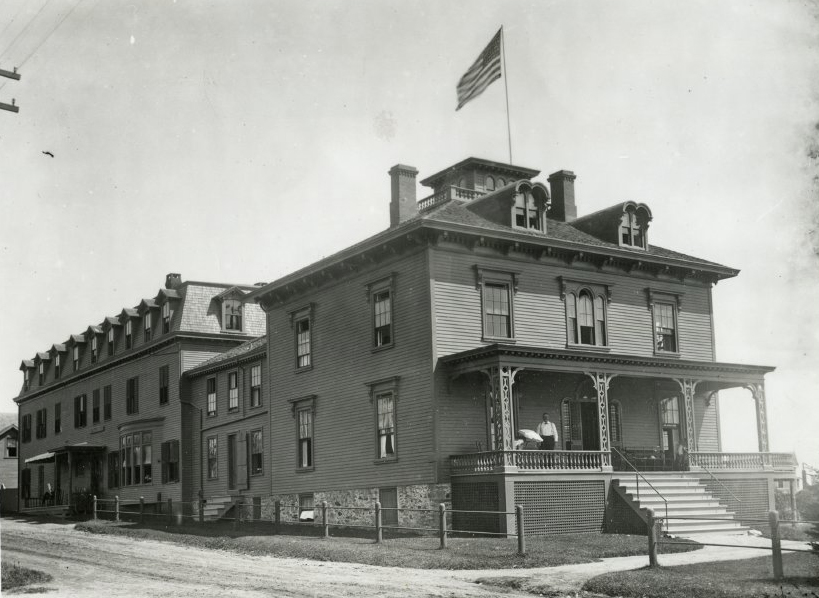 Left: Drawing of the trip across the water for the Bay View and right, photograph of the hotel c. 1900