Ellen Tucker, the eldest child of Pardon and Sarah Waite Tucker, was born three days after Christmas in 1847 at the Hutchinson farm on North Road.

Ellen’s early schooling was in the Jamestown schools, but when she was in her mid-teens, her father sent her away to Wheaton Seminary, now Wheaton College, in Norton, Massachusetts. Wheaton was one of the many female seminaries that were founded in the mid-19th century to instruct women in subjects, like mathematics, literature, and languages, that until that time had been the realm of the male-only universities.  The seminaries also served as finishing schools that inculcated a standard of manners and decorum that defined how a woman could properly use her new-found knowledge.

Ellen Tucker married Frederick Northrup Cottrell in February 1867, when she was 19 years old.  Her new home was the 400-plus-acre Cottrell Farm that extended from Hamilton Avenue south, surrounded on three sides by the waters of Narragansett Bay and Mackerel Cove. 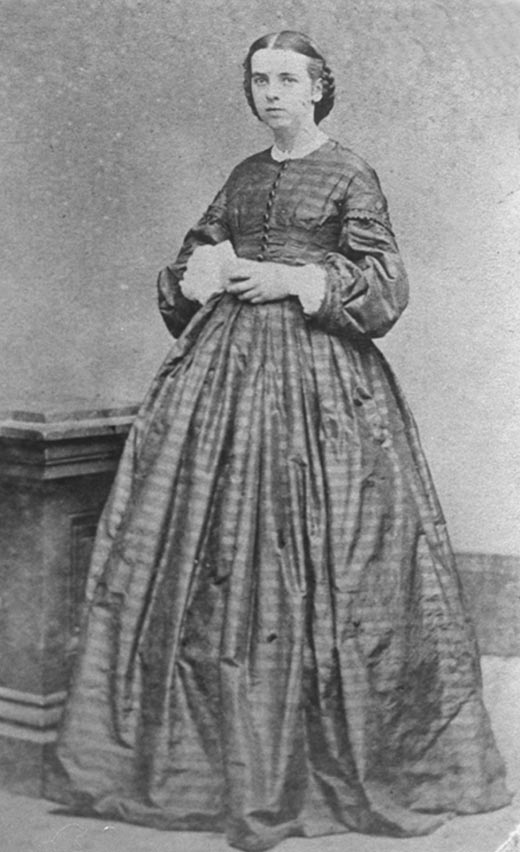 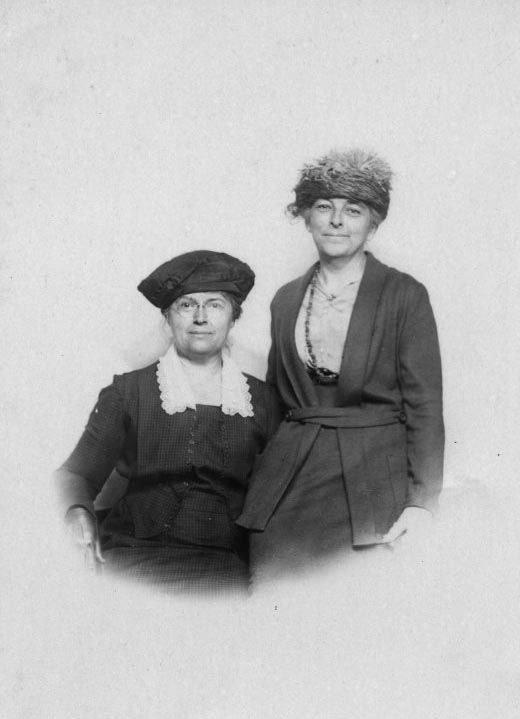 Ellen’s husband Frederick did not want to be a farmer.  He dreamed of changing the island from an agricultural backwater to a summer tourist destination.  He was one of the town fathers who formed the steam ferry company in 1872 and served as the company’s treasurer.  He represented the town in the General Assembly for eight years.  In 1874, he formed the Ocean Highlands Company with himself as president, platted Highland Drive, and began to sell his land in the southern Dumplings as house lots.

According to Ellen’s great-grandson Harry Burn, after Frederick N. Cottrell’s estate was settled in 1886, Ellen Tucker gave each of their two sons, Charles and Benjamin, the sum of $15,000, with the admonition “This is your inheritance. When it’s gone, don’t come back for more.” Their inheritance would be about $400,000 in today’s dollars, and if the story is true, the young men made good use of their funds.  Charles became a successful Boston lawyer.  Benjamin got a Mechanical Engineering degree from Cornell University, did well in business, and bought Fox Hill Farm for his retirement.

Soon after her husband’s death, Ellen left the farm.  She built a house near her parent’s house on Brook Street and continued the process of subdividing the old Cottrell Farm.

The young widow became active in town affairs – often in defense of moral rectitude.  She first appears in town records in 1888 when William C. Watson petitioned the Town Council for a license to operate a billiard table.  Ellen Cottrell protested and presented a petition signed by 112 people, whom she affirmed were “taxpayers and others representing property to the amount of a half million dollars.”  In her opposition statements, Ellen drew a picture of a town riddled with disreputable establishments.

She did not prevail, and the license was granted.

The defeat did not dampen her determination to make Jamestown a model community.  She was active in Central Baptist Church and served on the school committee.  In 1907, she expanded her horizons to the state and was appointed by the Rhode Island Senate as a member of the board of female visitors to institutions where women were confined.  In 1909, she was one of 32 women from the Women’s Christian Temperance Union of Jamestown to petition the Town Council “to suppress the unlawful sale and dispersing of liquor in the town.”

Although Ellen spent most of her life in Jamestown and nearby New England, in 1903 – the year after her father’s death – she and her younger daughter Alice traveled to Europe.

From her mid-70s until her death in 1929 at 82 years of age, Ellen was an invalid, confined to her home on Brook Street.

This article is part of a series written by Rosemary Enright and
Sue Maden for The Jamestown Press. It appeared in September 2021.