From the Collection – Pill Box From Hunt’s Drug Store 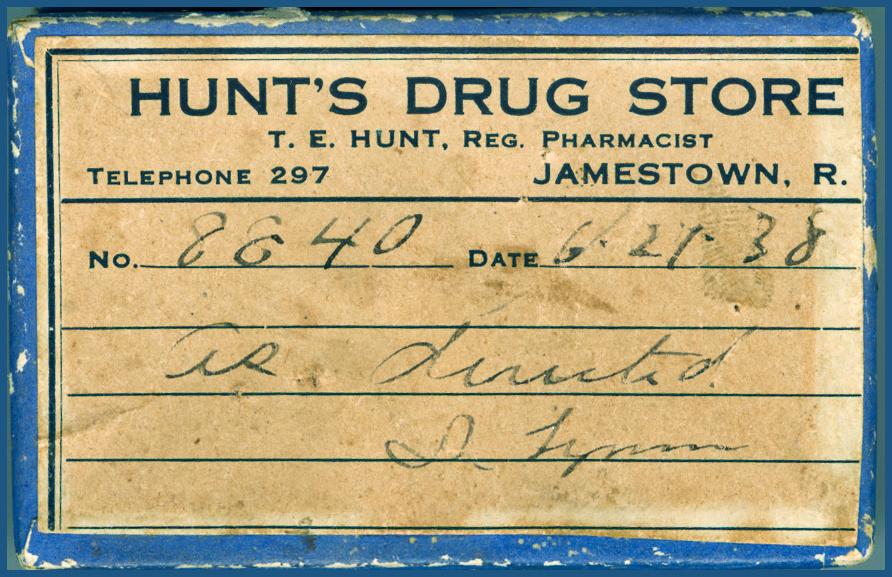 Hunt’s Drug Store stood at the corner of Conanicus and Narragansett avenues where the East Ferry Deli is now. It was owned by Thomas E. Hunt (1883-1965), Jamestown’s first year-round pharmacist.

Hunt graduated from the Rhode Island College School of Pharmacy in 1904 and established himself in Newport as a successful drug store owner. Hunt’s second wife, Cathryn A Freeman, whom he married in 1921, was a Jamestowner, and in 1930, he opened a store in Jamestown. At first, it was just operated in the summer, but five years later, Hunt and his family moved to Jamestown and opened the store year around. In 1944, he purchased the whole block of stores lining the west side of Conanicus Avenue. The complex was originally named the Caswell Block, but by 1944 it was already being referred to as the “Hunt Block 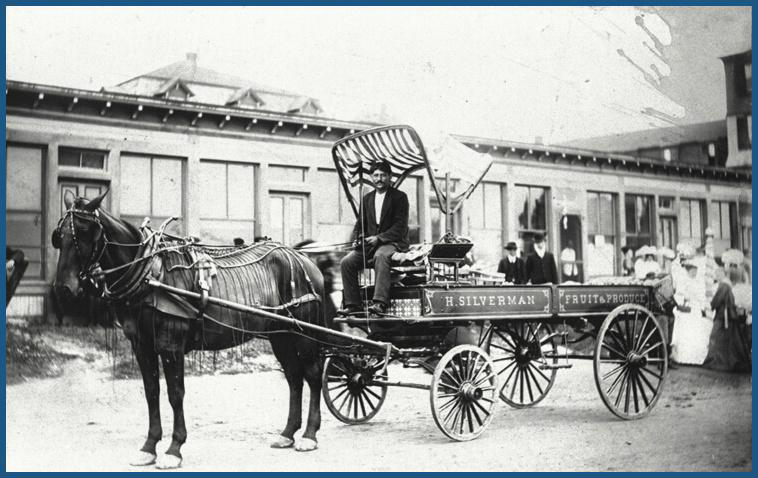 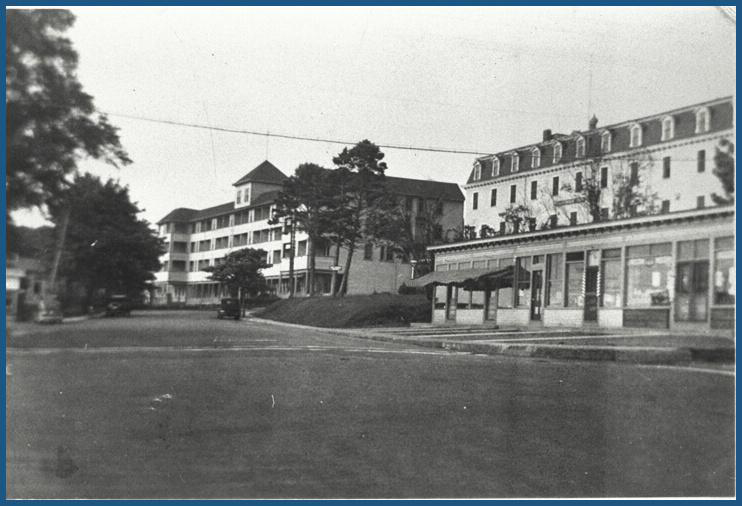 When Dr. Patrick J. Lynam wrote the prescription that Hunt filled, he had been a Resident Physician at the Dr. Bates Sanitarium for five years, appointed in 1933. He also had an office on Narragansett Avenue, which was later used by Dr. Barrus Ceppi. Dr. Lynam first received a degree in chemical engineering before acquiring his medical degree from Tufts Medical School in 1929.

Hunt retired as a pharmacist in 1947, although he retained ownership of the property, and the store remained a pharmacy under L. Stanford Crowell and, later, George N. Beaulieu Jr. (often referred to as “Mr. B”).

As Jamestown School Committee chairman from 1952 through 1954, he oversaw the construction of the Lawn Avenue School. 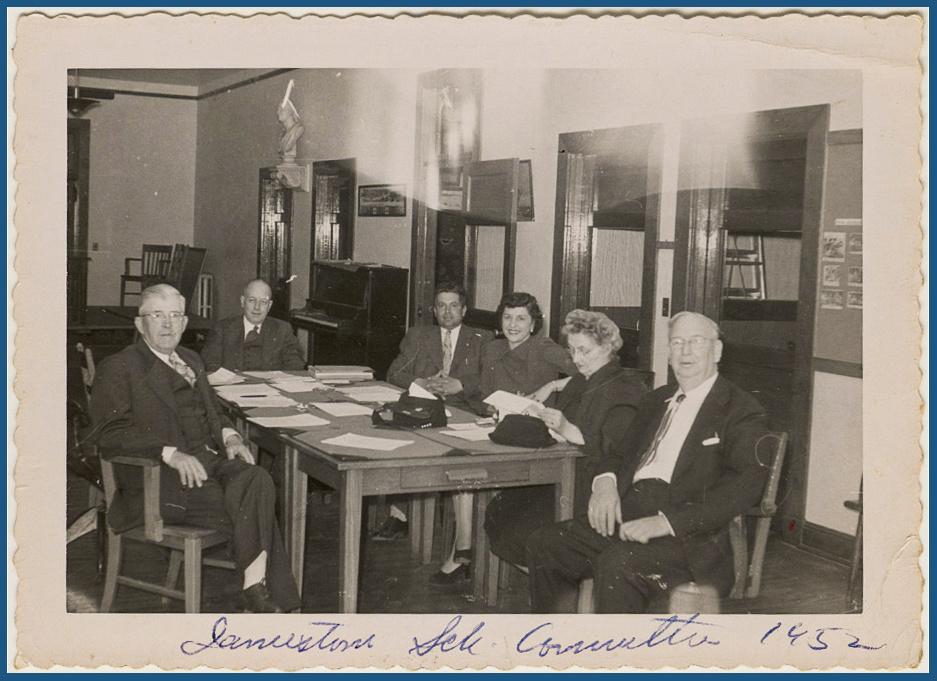 Above: Mr. Hunt, shown on the right, served on the Jamestown School Committee in 1952, he died in 1965 in Sarasota, Florida, where he had wintered for several years. Below: The Hunt Block in the 1970s. 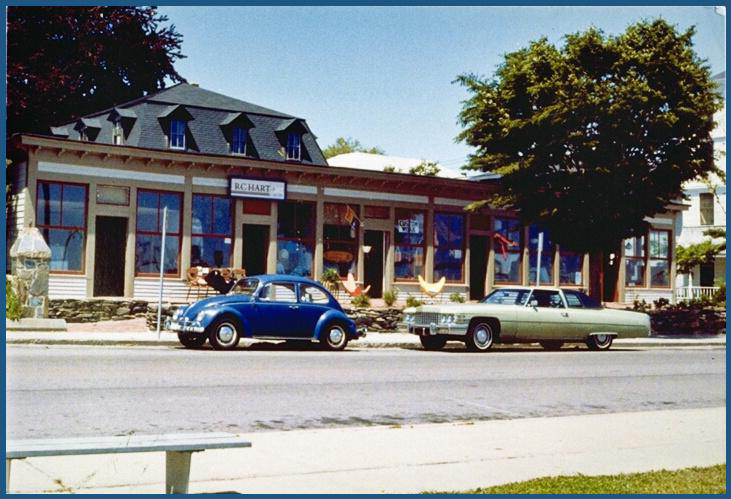