Remembering the Ferries and Their Captains

On May 12, 1873, Captain Stephen C. Gardner guided the 79-foot, wood-fueled paddlewheel ferry Jamestown out of the new slip at East Ferry on her maiden voyage between Jamestown and Newport.  The age of dependable steam ferry service on the lower Narragansett Bay had begun.

A little more than 96 years later on June 28, 1969, at 12:20 p.m., the 206-foot, steam-powered Jamestown – the fourth Jamestown & Newport Ferry of that name – entered the south ferry slip in Jamestown with the ferry company’s last load of paying passengers.  Captain Herbert Pimentel, a six-year veteran of the ferry company, was at the helm.  Bridges now connected Conanicut Island on both the east and the west passages.  The ferries and their captains were no longer necessary. 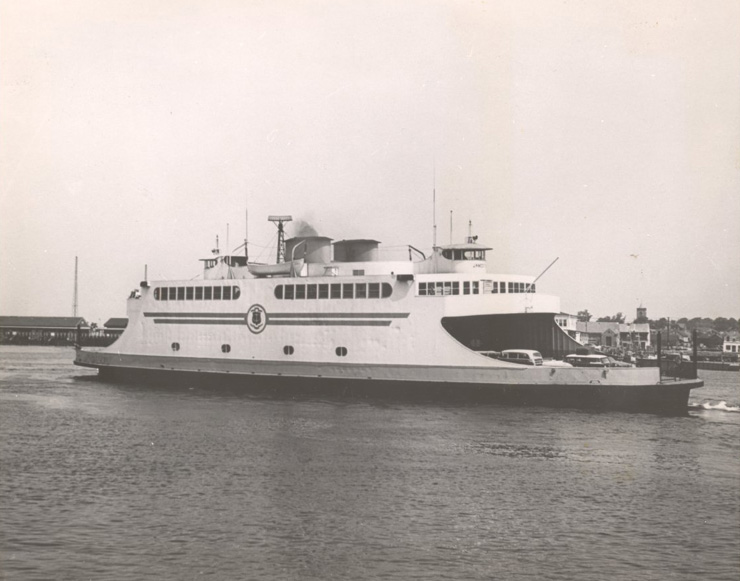 Between these two noteworthy events, many different men commanded the helms of 15 different ferryboats on the East and West Passages.  Some of the captains worked for only a short time, such as Michael Phalen Smith, a retired U.S. Navy officer who helped out when it was difficult to find helmsmen during the last year the ferry was in service.  Others had long careers on Narragansett Bay ferries. 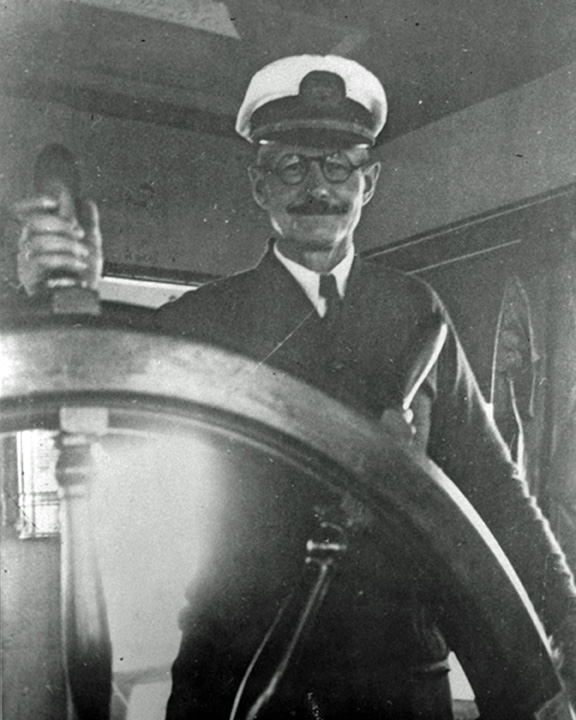 The longest serving was Reuben A. Garlick (1872-1966).  After about 10 years working onboard coastal traders in the late 19th century, Garlick became a ferry captain at Stillman Saunders’ Narragansett Transportation Company, a company formed in 1902 as an opposition line to the Jamestown & Newport Ferry Company.  Saunders died and his company folded in 1911; Garlick came to work for the Jamestown & Newport Ferry Co.

Captain Garlick’s long career was relatively uneventful although there were a number of “close calls.”  On February 4, 1926, he was in command of the Beaver Tail when a cracked cylinder disabled the boat, and it was caught for a time in the ice that filled the West Passage.

Captain Reubin A. Garlick at the helm of the Hammonton

Twenty-five years later in August 1951, Garlick was at the helm of the Wildwood two weeks after the 40-year-old boat had joined the Jamestown-Newport fleet. The engine failed to go into reverse when it should have – a problem that the company had been warned about when they purchased the boat.  The boat continued forward knocking out the A-frame over the wharf and greatly upsetting the 79-year-old captain.

Captain Garlick retired the following year, although he continued to work part-time well into his eighties.  By his own estimation, he made close to 254,000 trips across one or the other of the lower Narragansett Bay passages during his 50-plus year career. 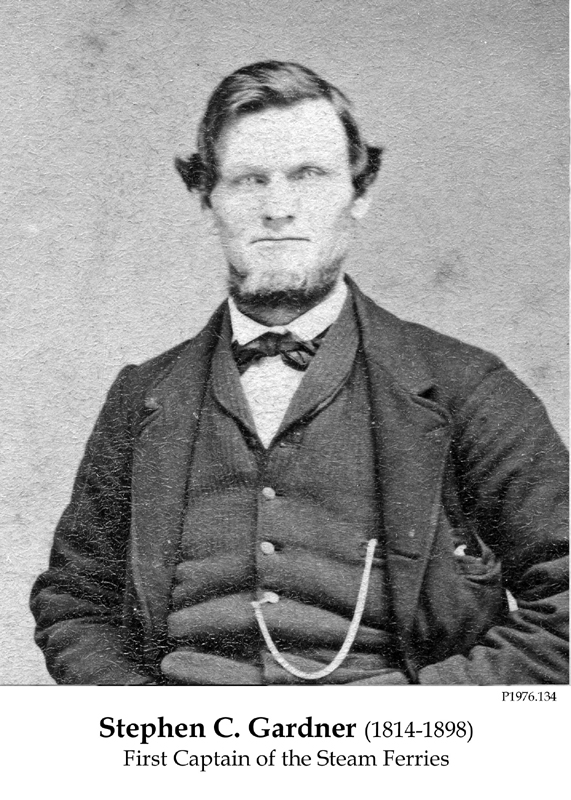 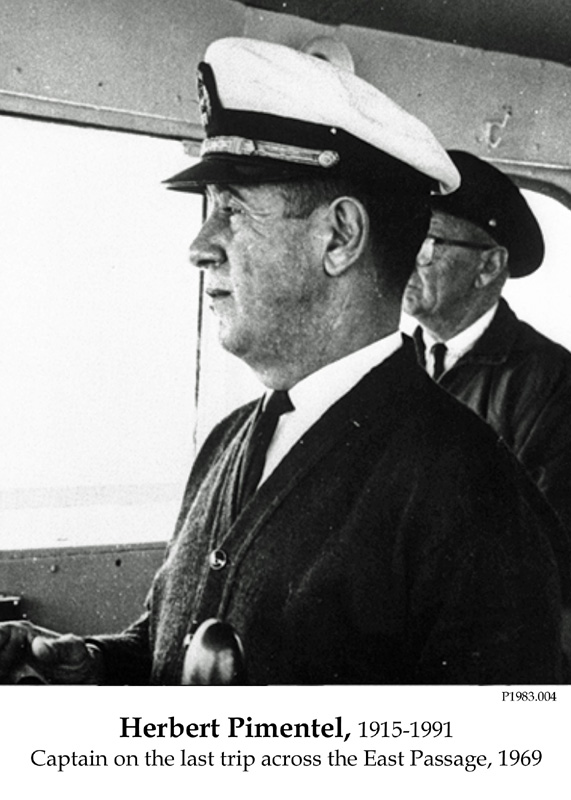 Captain Harry M. Fillmore was in command of the Governor Carr when the hurricane hit.  He left Newport at 2:30 p.m. and arrived safely in Jamestown 20 minutes later in gale force winds.  He tried to secure the ferry in the slip against a tide that rose three or four feet in 30 minutes. Captain Arthur G. Knowles came to relieve him at 3:30 p.m. and both men stayed with the boat.  The tide and the pounding the boat was taking on the pilings forced the two captains to try to take the ferry to a more sheltered harbor in Newport.

They did not make it.  At about 6.30 p.m. the Governor Carr was driven onto the beach just north of the Bay Voyage Hotel.

On the West Passage, Leicester K. Clarke, quartermaster at the time although he later acquired his captain’s license, piloted the Hammonton across the West Passage to Saunderstown in heavy seas early in the hurricane.  The wharf there was so battered when they arrived that he and Captain Archibald Arnold agreed that landing was impossible.  Arnold brought the ferry back to the Jamestown wharf, and everyone aboard was brought ashore safely.  Then the rising seas pitched the ferry up onto the dock.

After the hurricane, Captain Arnold continued to command the West Passage ferry. He was at the helm on July 26, 1940, as it made its last crossing before the opening of the Jamestown Bridge.

This article is part of a series written by Rosemary Enright and
Sue Maden for The Jamestown Press. It appeared in July 2021.