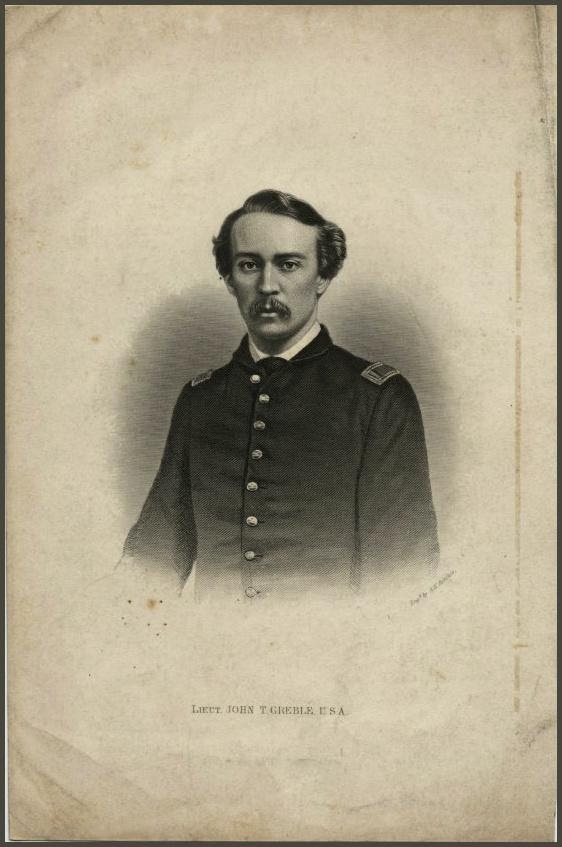 Named for John T. Greble, the first U.S. Military Academy graduate to die in the Civil War, Fort Greble was established as an Endicott fortification in 1897 and was part of the RI Coastal Defense on Dutch Island which is part of the town of Jamestown, Rhode Island. 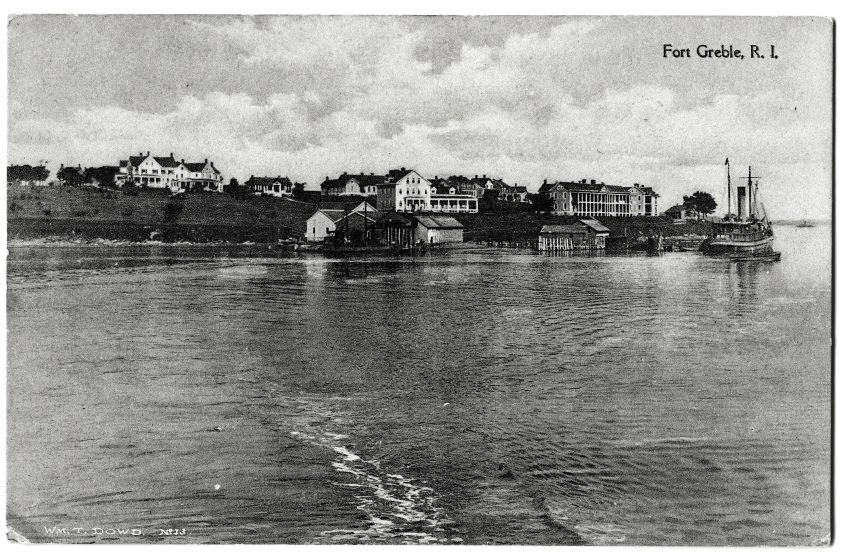 The view, as seen from the Jamestown Ferry which carried troops & visitors to the mainland and back, displayed a panoramic view of the impressive structures on Dutch Island. Particularly notable were the large warehouses along the shore close to where the troops disembarked on arrival.

In 1898, troops arrived and the construction of permanent housing and facilities began and continued for five years. Barracks for over 300 enlisted men were constructed as well as significant homes for officers and their families. A 12-bed Post Hospital was built in 1904, and at one time, temporary buildings housed as many as 495 men. There were two large docks, a tennis court, a commissary, a bowling alley, and a bakery that provided 280 rations daily. Letters from home were important to soldiers and a post office was established in 1910.

Two batteries at Ft. Greble remained armed at the beginning of WWII, but were considered obsolete by 1942. Today, only concrete defense positions of the once powerful weapons remain. 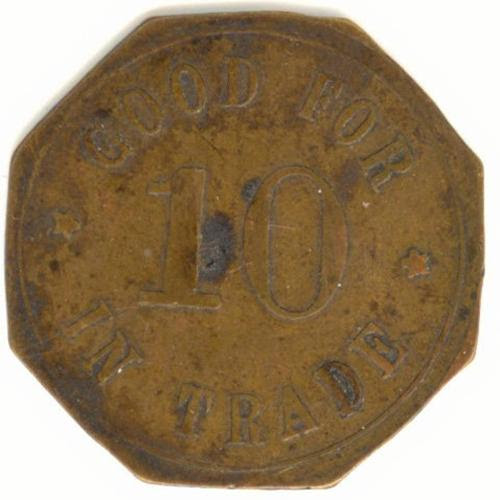 Tokens used in the Post Exchange, on one side reads “Post Exchange Fort Greble RI” and the reverse reads “Good for 10 in Trade”.