The Names of Jamestown Forts

During World War II, Conanicut Island was home to three named forts, all of which are now parks – Fort Burnside at Beavertail, Fort Getty on the West Passage, and Fort Wetherill on the East Passage.  Each of the forts was named for a U.S. Army officer who had seen active service in the second half of the 19th century. 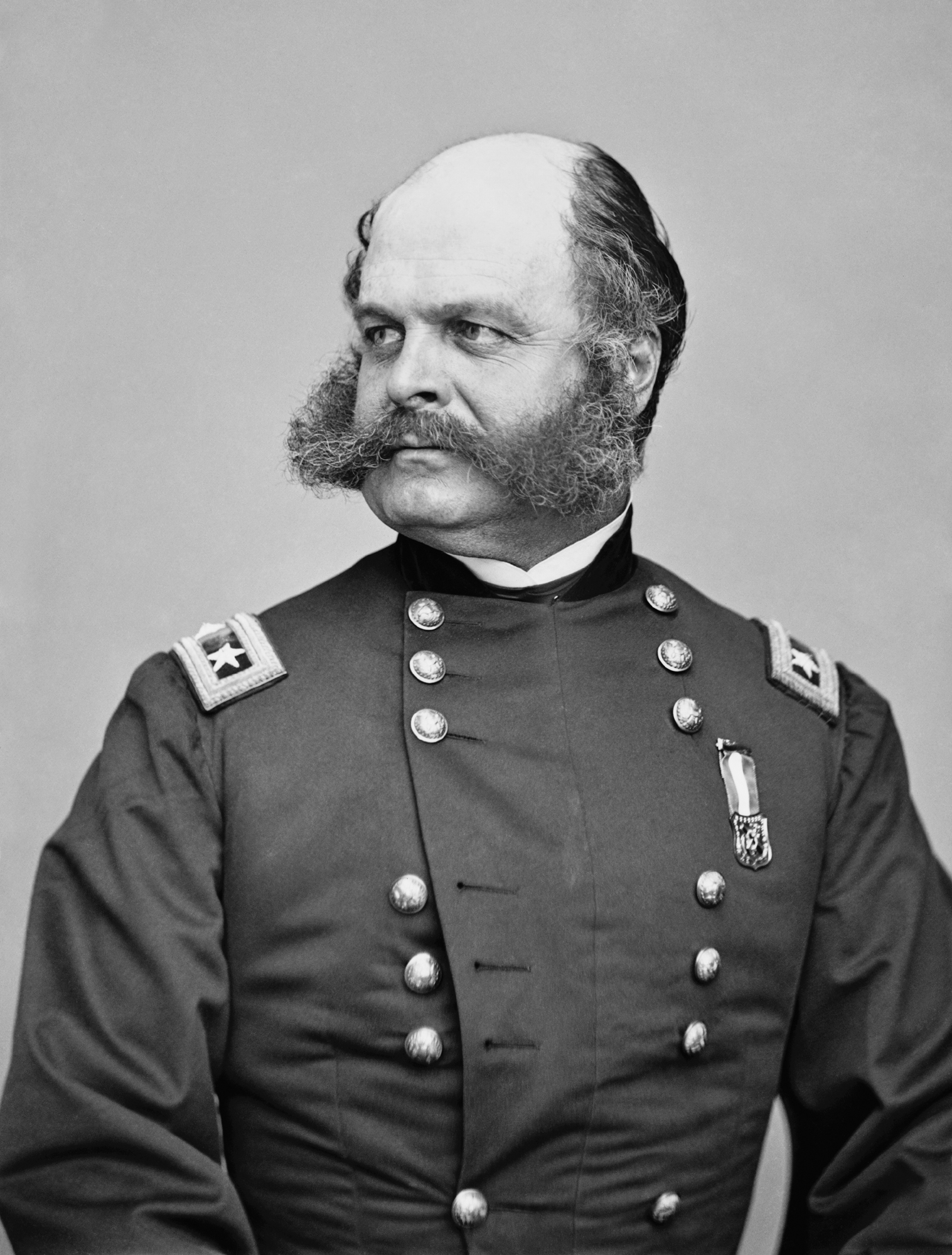 General Ambrose Everett Burnside (1824-1881) was the only Rhode Islander after whom a Jamestown fort was named.  Although he was a Civil War general, Rhode Island Governor (1866-1869), and United States Senator for Rhode Island (1875-1881), he is perhaps best remembered for his distinctive style of facial hair which is now called by his name, the sideburns.

Burnside graduated from West Point, Class of 1847, and served six years before resigning his commission to be appointed commander of the Rhode Island state militia and to develop and manufacture firearms.  Although the carbine he patented was much admired, he went bankrupt when the government reneged on a $100,000 contract to buy them for the military.

At the outbreak of the Civil War, Burnside, as a colonel in the RI militia, raised the 1st Rhode Island Volunteer Infantry Regiment.  Within a month, he ascended to brigade command.

Burnside’s war record was decidedly undistinguished. After the particularly disastrous Crater defeat at Petersburg in July 1864 (for which he was not solely accountable and was later exonerated), he was relieved of command.  At President Lincoln’s request, he did not resign but sat out the rest of the war without an assignment.

Burnside returned to Rhode Island after the war and was elected to three one-year terms as governor and, five years later, the first of two terms as U.S. Senator.  He died in office. 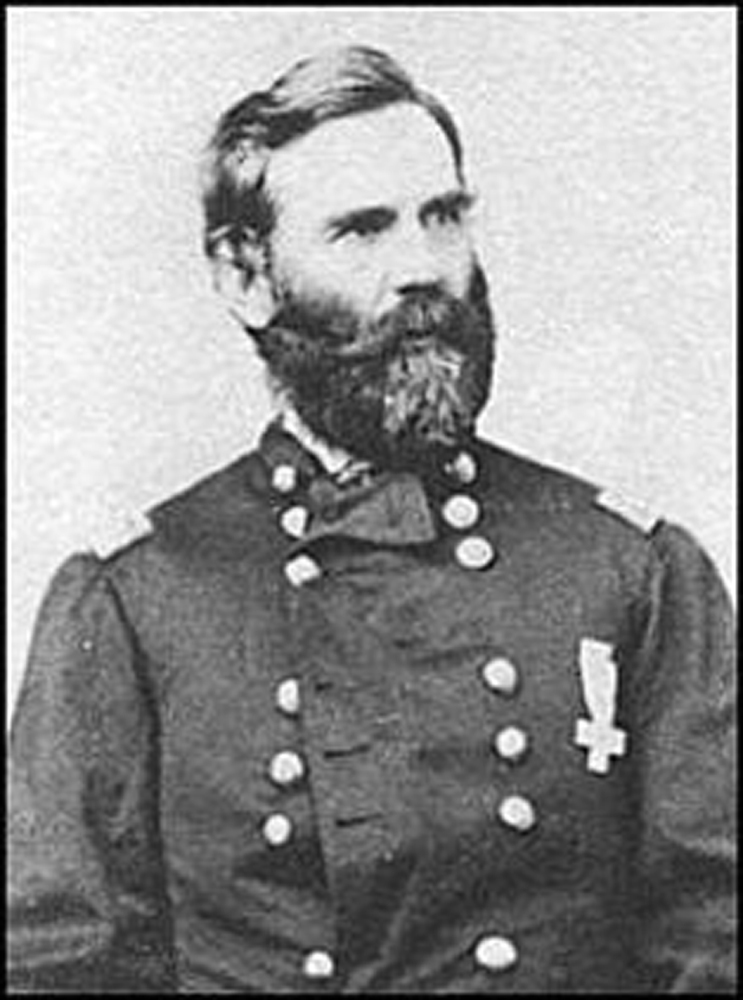 A captain in the 4th U.S. Artillery at the beginning of the Civil War, Getty was soon appointed lieutenant colonel and in 1862, he was promoted to the rank of brigadier general of volunteers (a rank that he did not retain after he returned to the regular army) and was assigned to the infantry. He fought in almost every major northern campaign of the war and participated in the final campaign that concluded with the surrender of Robert E. Lee at Appomattox Court House.

After the war, Getty was stationed in Texas and New Mexico for several years before returning east to take command of the Artillery School at Fort Monroe, VA.  He retired in 1873 and died in 1901, just as the fort that bears his name was being built. 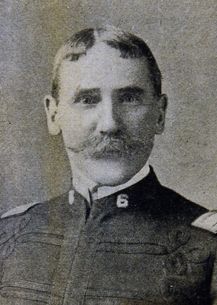 Captain Alexander Macomb Wetherill (1845-1898), a member of a well-to-do Philadelphia family, had already served more than two years in the U.S. Coast Survey Service when, late in 1864, he joined a Philadelphia volunteer regiment to fight in the Civil War.  After the war, he transferred to the regular army, 6th United States Infantry.

His military service was performed largely in the West.  He fought in the Indian wars in Dakota Territory in the 1870s, was promoted for gallantry, and made Captain in 1890.

When the Spanish-American War began in 1898, his regiment was sent to Cuba with Theodore Roosevelt’s Rough Riders.  He was killed at the Battle of San Juan Hill on July 1, 1898, leading Company A in the charge against the Spanish and their barbed-wire fortifications.

Captain Wetherill’s body was not returned to the states until three months later, on October 17.  According to family lore, the army had lost his body.  His widow was so distraught by the lapse that she approached President McKinley in tears.  He promised to appoint her son, Alexander Macomb Wetherill Jr., to West Point and to honor her husband with a fort.  The Jamestown fort was chosen because Jamestown was the summer home of many members of the Wetherill family.

Captain Wetherill received a hero’s funeral and was buried at Arlington National Cemetery.

This article is part of a series written by Rosemary Enright and
Sue Maden for The Jamestown Press. It appeared in April 2021.