From the Collection – Slavery in Jamestown

From the early 18th century until the American Revolution, approximately one-third of the people living and working in Jamestown were recently captured Africans, second-generation African Americans, or indigenous people, mostly Narragansett. The vast majority of these people were enslaved. After the Revolution, and despite the 1784 Gradual Emancipation Act, slavery continued to be a significant – though declining – source of labor for another half-century. 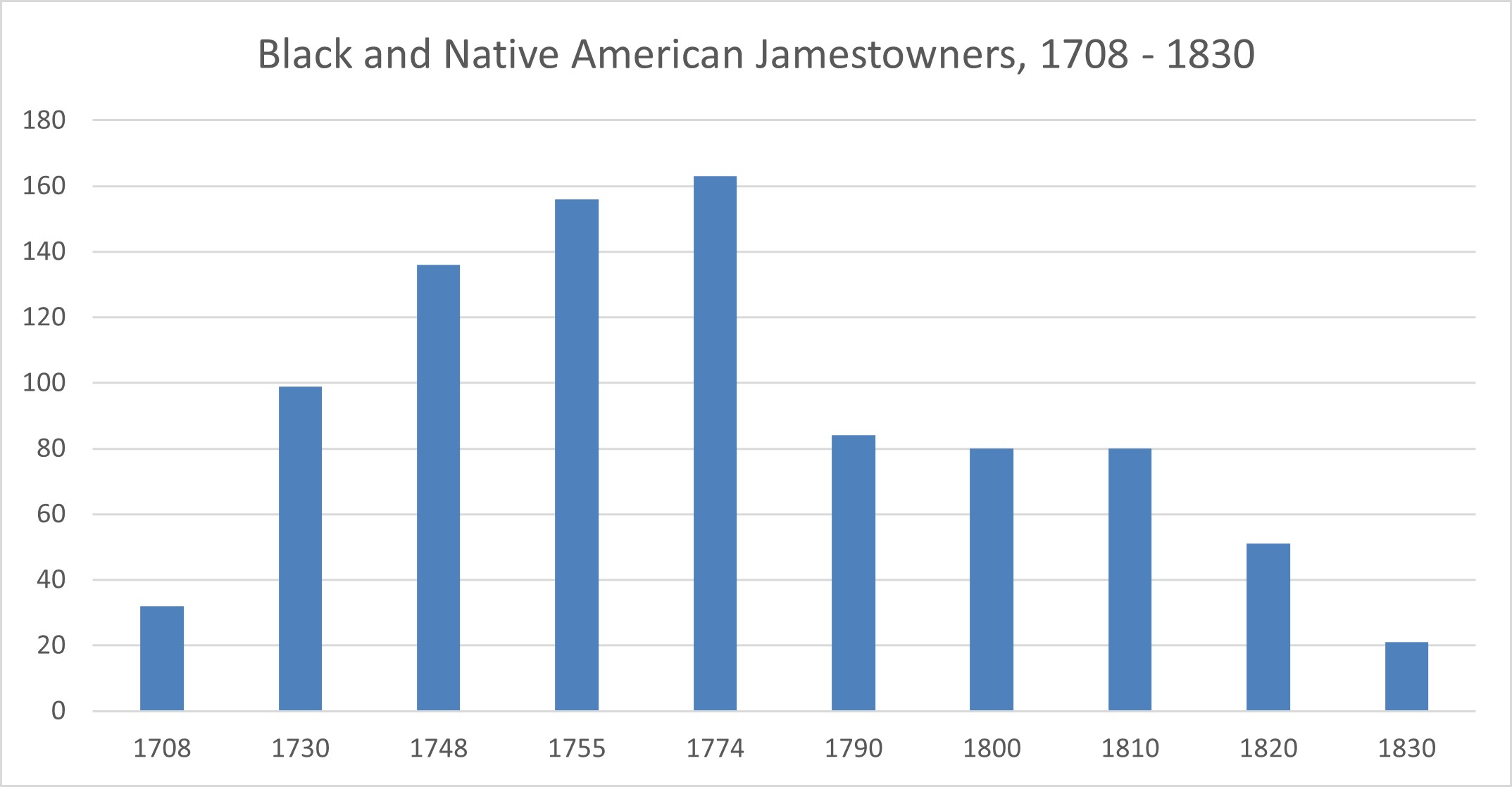 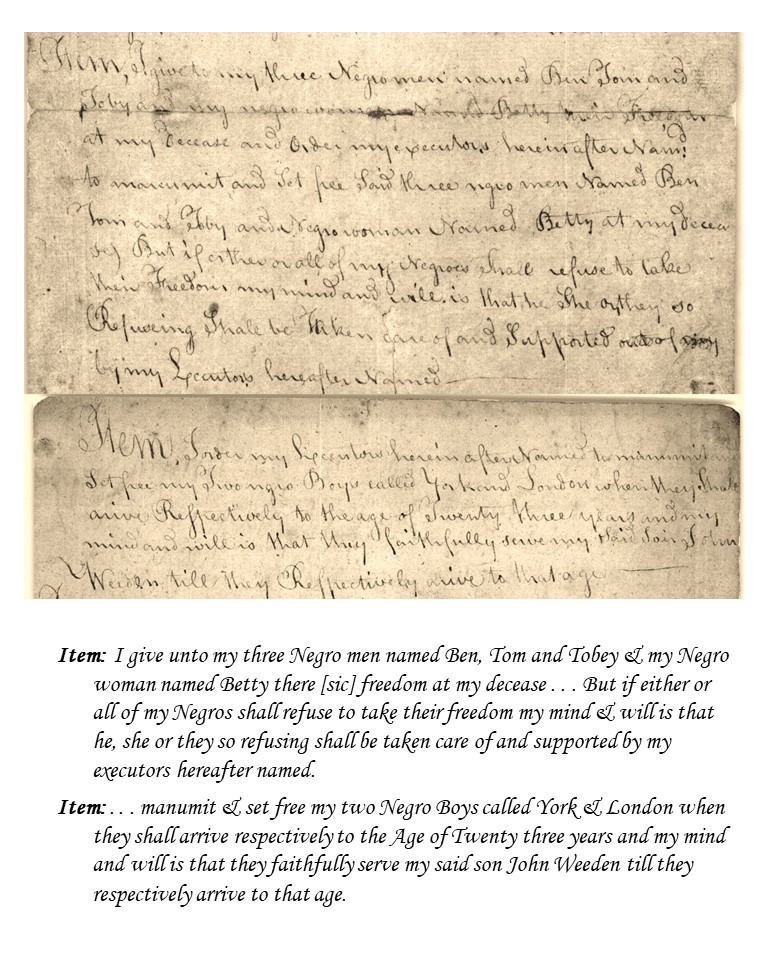 Daniel Weeden, who died in 1785 at age 89, held six slaves. His will offered the older slaves their freedom.

The two younger ones he bequeathed to his son to remain enslaved until they reached 23 years of age:

The series of 1791 Town Council decisions decisions related to the disposal of the “Widow Rebecca Martin’s Negro woman, Betty, to the best advantage” present a stark picture of a situation that developed when an owner abandoned their human property. The one Jamestown slave who attracted the attention of the general public was James Howland.

James Howland was born into slavery in Jamestown in 1758. His parents, Great Peter and Cylvy, were born in Africa and likely were captured and brought to Rhode Island as slaves. They were the property of the white Howland family after which Howland Avenue was later named. In 1774, the family had twelve Black people and one Indian living at their households, likely all enslaved. By 1790, the US Census lists six enslaved and seven free Black Howlands on Howland farms.

The Howland family owned property around the island, including a farm that encompassed much of the land between the East Passage and Southwest Avenue from Narragansett Avenue to High Street. This farm, with its farmhouse near High Street and Green Lane, was where James Howland lived.

James Howland was still a servant on the Howland farm when he died in 1859 at 100 years of age, the last living person who had been a Rhode Island slave. His life and death caught the imagination of historians and news reporters who often called him Rhode Island’s last slave, although he was no longer a slave at the time of his death.

Rhode Island’s Gradual Emancipation act in 1784 forbade new enslavements, declaring children born to slaves after that date to be born free. But existing slaves remained enslaved for the rest of their lives unless they could buy their own freedom or their owners manumitted them. James Howland, 25 at the time of the act, remained a Howland slave for another 50 years, his status changing from slave to free sometime between the 1820 and 1830 censuses. He continued to live with and serve the Howlands for 25 years after gaining his freedom.

Much of the information in this post was collected by Peter Fay and Valerie Southern. For more information about slavery in Jamestown, read Peter Fay’s Jamestown page in the Rhode Island Slave History Medallions