George Wallin Bowen and his brother James Howard were born on the Point in Newport in 1882 and 1884, respectively.  In their 20s, the two brothers went their separate ways – George to Chicago; J. Howard, as he was known, to the U.S. Navy.  The First World War interrupted George’s plans. He joined the Merchant Marine, and both brothers served at sea during the war. 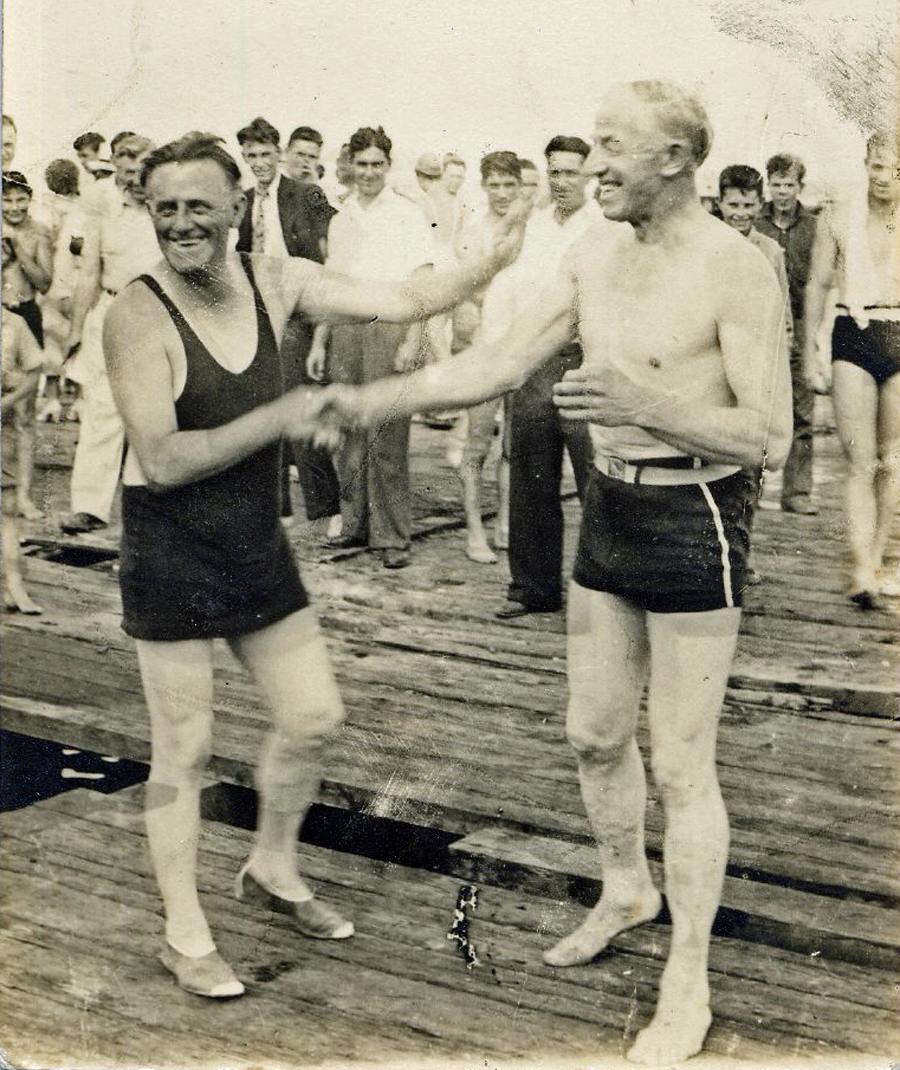 Howard retired from the Navy and came to Jamestown in the mid-1920s. Now in his early 40s, he began a new career as restaurateur and inn keeper. In 1928, he and his wife Irene bought the Harbor View Inn at 73 Conanicus Avenue, between the Bay View and the entrance to Shoreby Hill.  The large house (which no longer exists) had been built by Abbott Chandler in 1897 to serve as a boardinghouse for seamen.  With the Bowens in charge, the inn was popular with single women, many of them teachers.

They had a restaurant in the inn, as well as The White Nook, a small seasonal eatery built by J. Howard in 1928 across the street on the waterside of Conanicus Avenue.  Irene Bowen also held a victualing license for an establishment on Narragansett Avenue, probably in the Bay Shore Hotel, just west of the Bay View at 10 Narragansett.

The Bowens were among the first to apply for a liquor license after the repeal of Prohibition in 1933 and received the second license issued in Jamestown.

The country was in the grip of the Great Depression, and early in 1934, George Bowen with his wife Grace and teenage daughter Geraldine arrived from Chicago for “an extended stay” at the inn.  They were soon followed by their son James Howard Bowen II and his young wife Maxine.

George was an organist and pianist, and he put those skills to work at once.  Within the year, he was involved in musical events around the island.  He directed minstrel shows at the Conanicut Grange and the Palace Theatre and led an orchestra that played for dances at the Holy Ghost Hall and for school graduations.  He also took over the management of The White Nook, and Grace relieved Irene at the Bay Shore.  Their son worked at both restaurants.  It was truly a family affair.Howard was undoubtedly grateful for the help. Shortly before his brother’s arrival he had purchased the E.B. Brooks garage, which abutted the Harbor View on the south. Early in 1936, he decided to close the garage and convert the building to apartments.  It is probable that he did most of the work himself, perhaps with the help of his students since he was a master carpenter and the manual training teacher at the Jamestown school.  He completed the conversion before the 1938 Hurricane changed the face of the Jamestown waterfront forever. 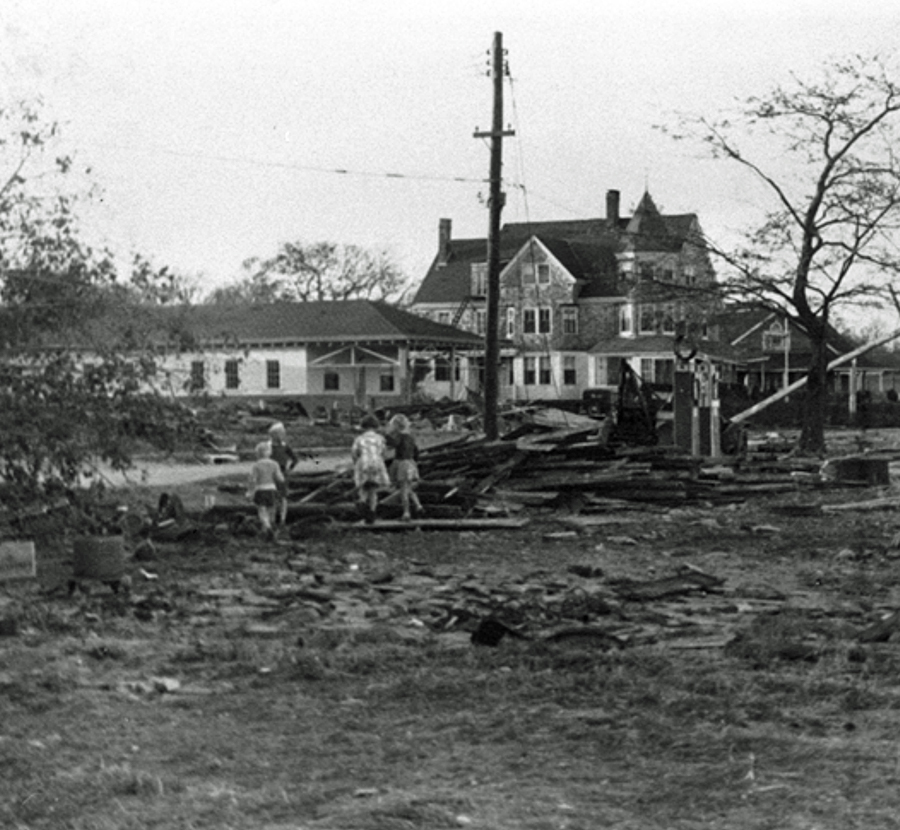 The Jamestown waterfront after the Hurricane of 1938.  The White Nook stood approximately where the children are playing with a gas station next to it.  Only the gas pumps remain.  The large building across the street is the Harbor View Inn.

Hurricane damage to Bowen’s property was extensive.  Although the newly renovated apartments escaped major harm, the porch and façade of the Harbor View Inn next door were severely damaged.  The White Nook, on the waterside of the street, disappeared completely, along with much of the land on which it had stood.

Perhaps in an attempt to focus the town’s attention on revitalizing the devastated waterfront, J. Howard, who had previously worked as the Town Assessor, ran for Town Council in the May 1939 election.  He was elected Town Council President and held that position through most of the building of the Jamestown Bridge.  He served only one term and was replaced by John L. Smith three months before the bridge opened in August 1940.

Early in 1940, while J. Howard was still Town Council President, the Bowens sold the Harbor View Inn.  A year later, they bought the old Shoreby Hill Casino just north of the inn at the entrance to Shoreby Hill.  They announced plans for extensive renovations, but once again a world war interfered.  In September 1941, J. Howard was recalled.  He served as a Chief Petty Officer in the U.S. Navy until April 21, 1945.

George returned to the Merchant Marine.  During World War I, he has been a first mate; during the new conflict, he achieved his master’s license, returning to Jamestown as Captain Bowen.

In the 1950s, both men retired to Florida, where George died in 1955.  J. Howard continued to return to Jamestown each summer until his death in 1972.

This article is part of a series written by Rosemary Enright and
Sue Maden for The Jamestown Press. It was to have appeared in January 2021.