From the Collection – Clingstone

J.S. Lovering Wharton of Philadelphia designed Clingstone, his new home, with artist William Trost Richards. It was completed in 1905 atop a small rocky island in an island group called “The Dumplings” and replaced Braecleugh which had been demolished when Fort Wetherill was built. The name “Clingstone” was suggested by a remark that “it was a peach of a house”. 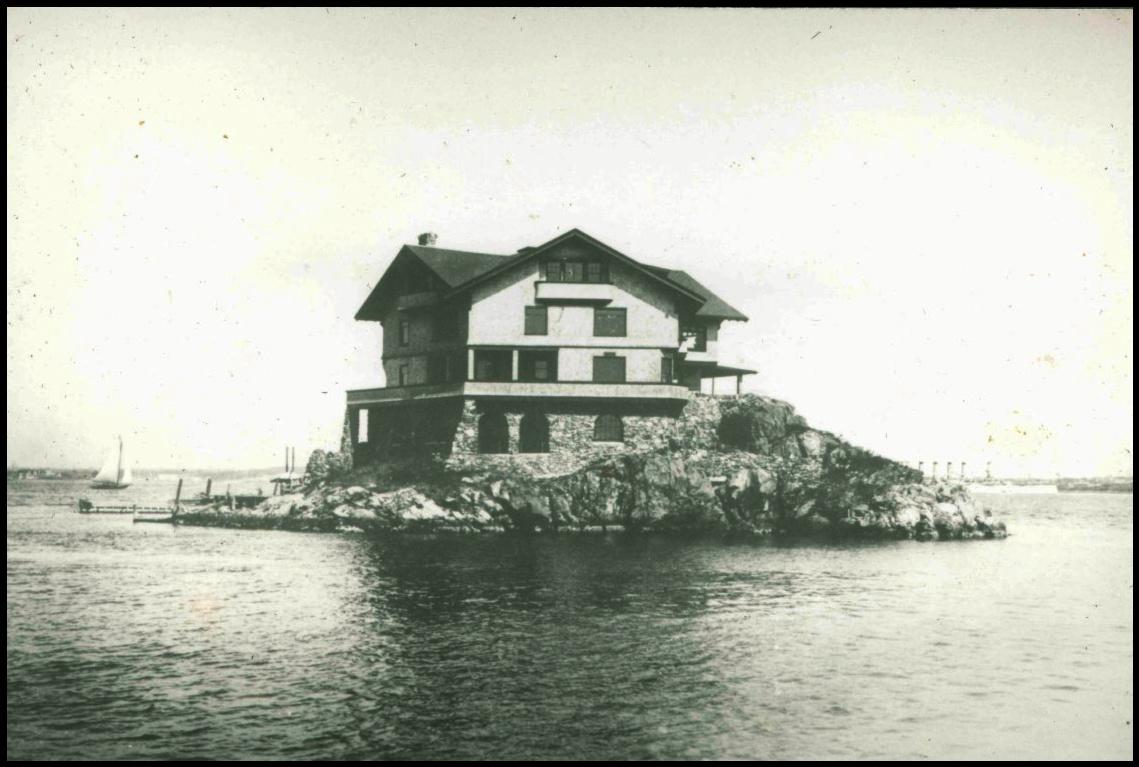 Clingstone was designed to take advantage of its island location with picture windows and 23 rooms on three stories radiating off a large central hall. It was built with wide planking, sturdy oak beams, diagonal sheathing, exterior shingles and, in an attempt to address the unique environmental hazards of its location, an interior cladding of shingles also.

Mr. Wharton’s neighbors in Philadelphia were skeptical; according to The Philadelphia Press in August 1904: “Everyone is of the opinion here that Mr. Wharton will not stay in the house more than one season, and they say one nor’easter will settle it.” The Whartons, however, defied the critics and spent every summer at Clingstone until Mr. Wharton’s death just before the hurricane of 1938, which the house survived with little damage. After Mrs. Wharton’s death in 1941, the house stood empty until 1961. 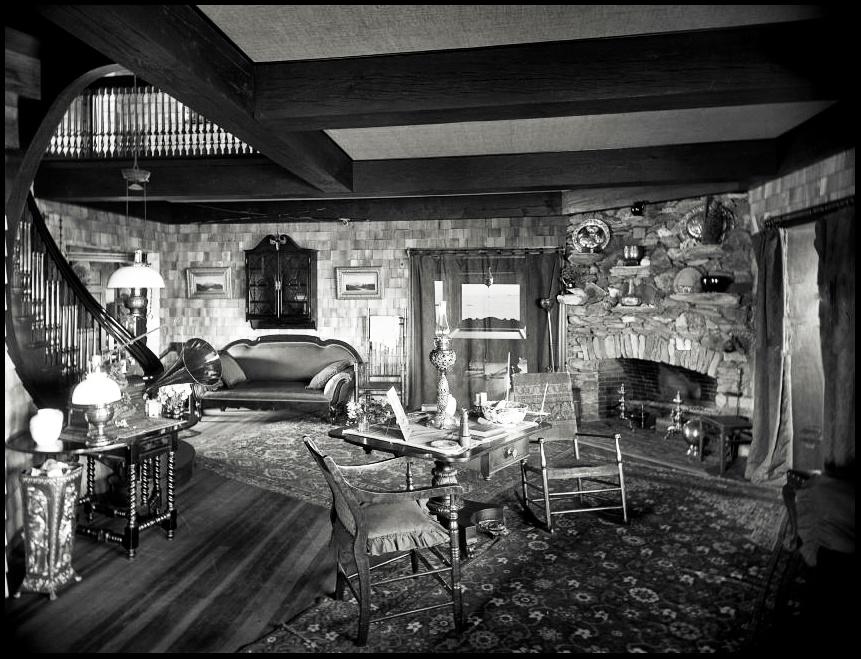 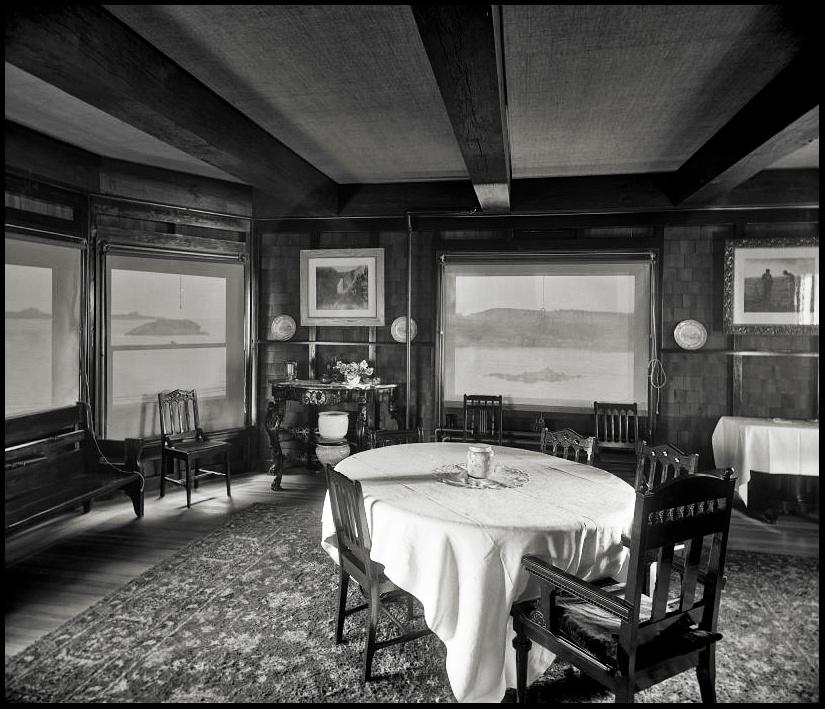 These interior photos c. 1904 show (left) central living room on first floor with curving central staircase leading to second floor. Grandfather clock to left with an archway to west side of floor on right. Jamestown shore visible through far window. And (right) the dining room. Three windows look out in two directions onto the bay with lightweight curtains covering the windows.  Two pictures and plates on a plate rail decorate the areas between the windows.

Henry Austin Wood III, a distant cousin of J.S.L. Wharton and a noted Boston architect, purchased Clingstone in 1961. By that time, all of Clingstone’s 65 windows had been smashed and its slate roof was wide open to the sky. Until his death in 2017, Mr. Wood devoted his life to the restoration of Clingstone, keeping it intact and standing, through his own hard labor and that of others. The celebrated work party in late May was an annual all-volunteer effort— family, friends, friends of friends and a curiosity seeker or two.