In the late 19thcentuy, Jamestown’s population ballooned and the number of farmers, who grew most of their own food, decreased.  Purchased produce was in demand, and grocery stores proliferated.  By the mid-1980s, regulation and competition had driven most of these small operations out of business. 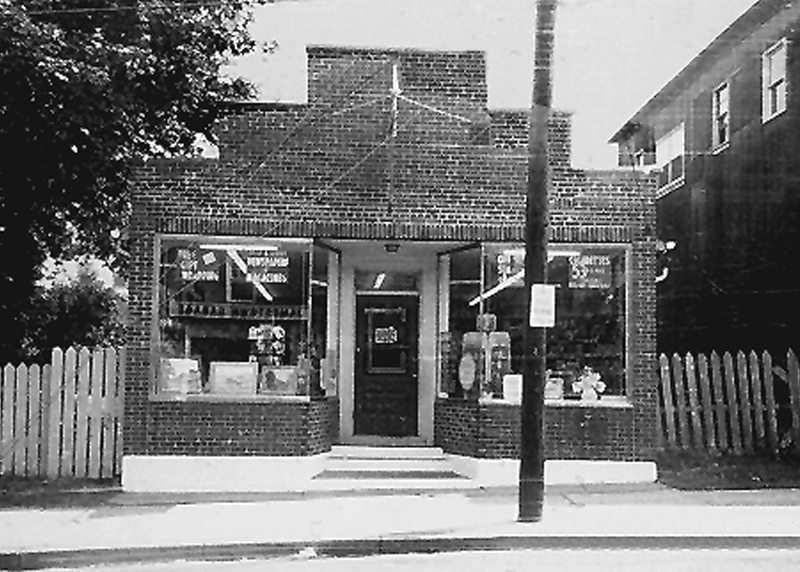 The Pinto Brothers operated this store at 19 Narragansett Avenue well into the 1970s.

The new exhibit in the Jamestown Historical Society case in the Jamestown Philomenian Library celebrates our local grocers from Isaac Carr who built the first post-Revolutionary War grocery at the end of Narragansett in 1829 to Tom Sisson’s 1976 Jamestown Market which became McQuade’s.

John E. Watson built his house and store at 37 Narragansett Avenue in 1874. After his death, the store was continued by his wife and son. 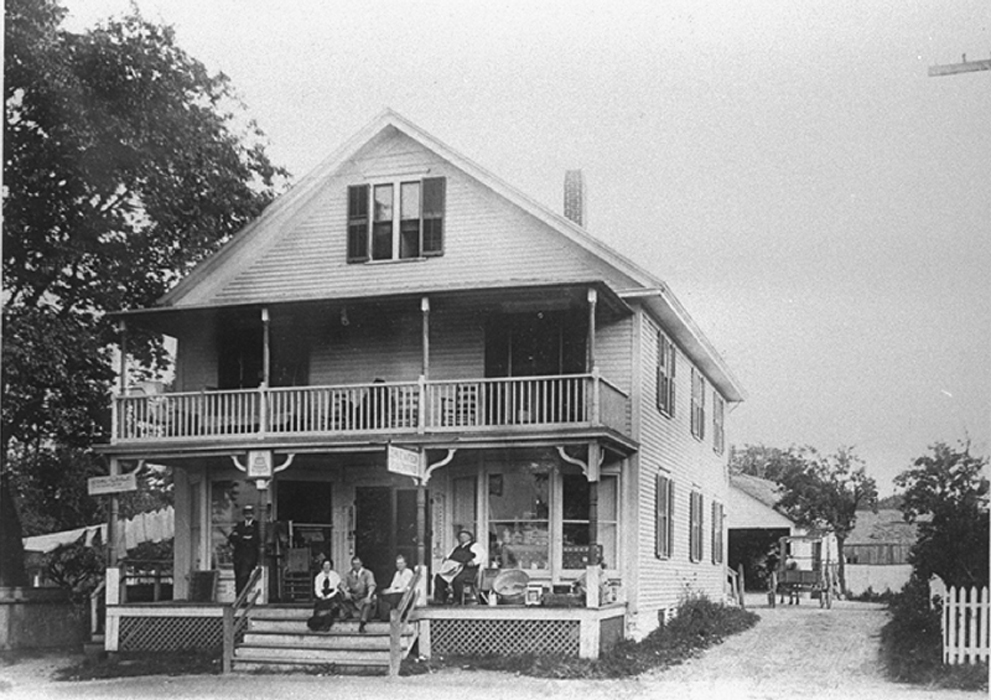 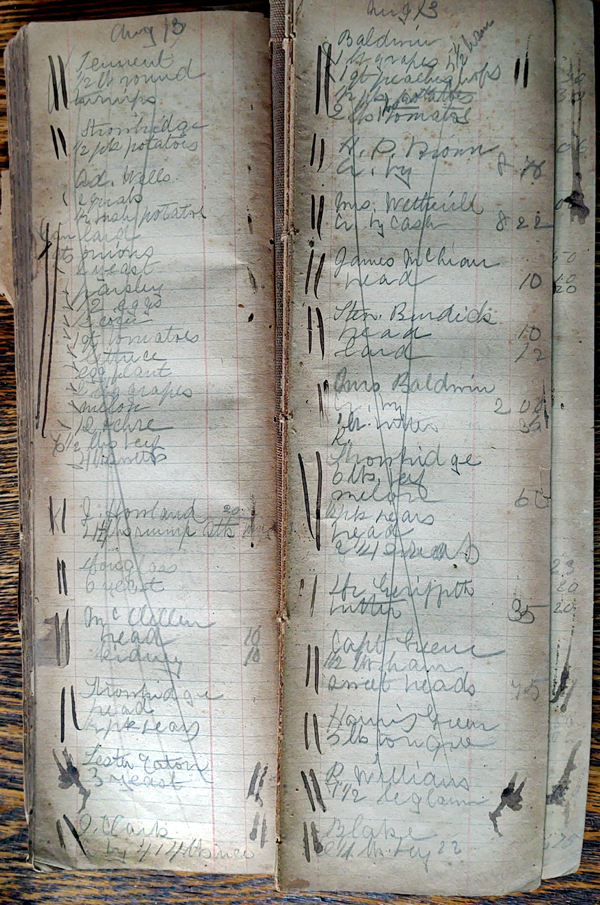 Isaac Carr built the first post-Revolutionary War grocery at the end of Narragansett in 1829. In the 1870s, he moved the building to 14 Narragansett where it has been used as a store, a school, and a restaurant. After Carr’s death, A.M. Bailey took over the Narragansett Avenue store.  This account book was found during the building’s restoration in 1979.