The Tennant Sisters of Jamestown

For the first 30 plus years of their lives the two Tennant sisters lived uneventful lives in their father’s home on Narragansett Avenue.  Born in Jamestown in 1873 and 1874 respectively, Hester and Emilie went to Jamestown’s South School in the days of one-room schoolhouses when the ninth grade was the highest grade taught. 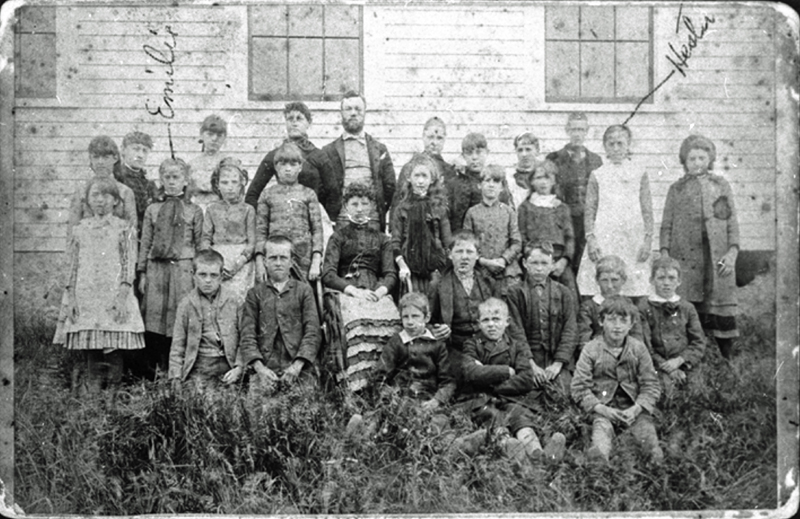 The Tennant sisters at the Old South School, 1885

While some of their classmates went on to Rogers High School in Newport, the girls did not.  After their mother’s death in 1901, they cared for their father, who in his late 60s was still working as a painter and as custodian at the new Carr School.

Early in the 1900s, romance entered Emilie’s life in the person of Hermannus Klaassens.  Klaassens had been born in Holland in 1873 but had come to the United States at the age of 6 and became a citizen in 1903.  In 1900, he enlisted in the U.S. Army and served at Fort Wetherill and at Fort Kearney in Saunderstown.  After his discharge, he decided to stay in Rhode Island and joined the Clarence A. Hammett real estate and insurance firm in Newport.

How Emilie and Hermannus met is unknown. Perhaps it was while he was stationed in Jamestown in 1903 and 1904. Perhaps Hammett’s Newport Co-operative Association for Saving and Building brought them together, since Jamestown had no bank and the sisters were beginning to take in boarders at the house at 49 Narragansett Avenue (now the Morgan Battey building, #59).

The couple married in June 1906.  Klaassens continued working in Newport and, when his employer died in 1907, he and Anna Butler, who had also worked for Hammett companies, took over the real estate and insurance business. In March 1908, Klaassens was elected secretary of the Newport Co-operative Association.

Less than a year later, on February 20, 1909, Klaassens left for Fall River with $4,000 of the Newport Co-operative’s funds and disappeared.  The police searched for him for months, but no trace was found.

In the aftermath of the scandal, the sisters went back to living the life with which they were familiar – with Emilie perhaps trying to forget her five years of romance and excitement.  For the next 10 years, they lived quietly, renting rooms in the large Narragansett Avenue house to boarders and taking care of their aging father.

Hester, who seems in general to be the more adventurous of the two, got involved in Town politics.  She was elected Town Auditor in 1921 on a ticket that advertised “VOTE for this ticket to bar all CATHOLICS from office.”

That same year, their father died, and the sisters moved to an apartment on Lawn Avenue, treating the Narragansett Avenue house as a boutique hotel.  They bought the property across the street at the corner of Narragansett Avenue and Grinnell Street and, in 1928, built a six-room cottage for themselves.

The only Klaassens issue remaining was his will.  Until he could be declared dead, the will could not be probated. Although his death could have been assumed in 1917 after he had been unheard from for seven years, it wasn’t until 1938, when Klaassens had been gone almost 30 years, that his will was filed for probate.  Emilie was the chief beneficiary, with small bequests going to members of his family in Amsterdam and $50 to Hester.  The value of the estate is unknown.

That final remembrance of the short-lived marriage out of the way, the sisters settled once again into the routine of boardinghouse keepers.  When World War II began, the military flooded the island keeping the boardinghouse busy.  In addition, Hester got a job working at the Torpedo Station in Newport – her first ever off-island job.

After the war, the sisters – now in their 70s – moved back to the Narragansett Avenue house and Emilie died there in 1957.  Hester moved to the Harbor View Nursing Home on Conanicus Avenue where she died three years later.  She had written ten years earlier that her funeral would take place on May 9.  She missed the date by a month, dying on June 11. 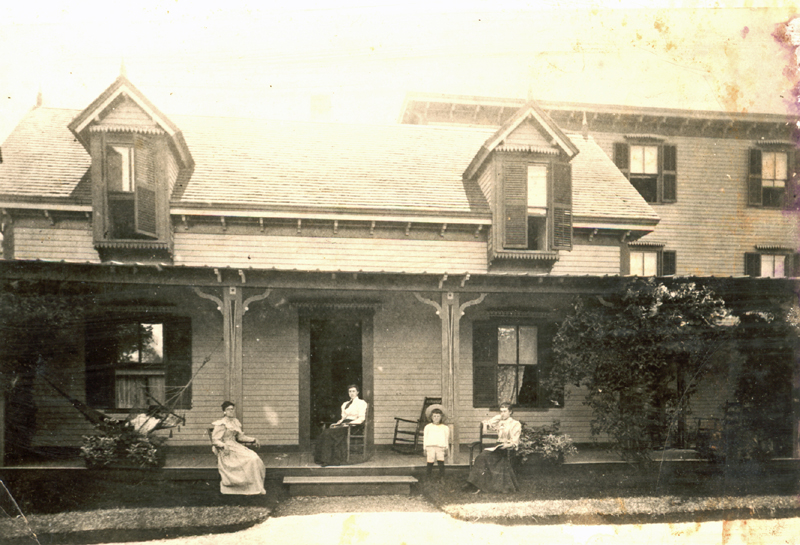 The Tennant boardinghouse on Narragansett Avenue, called the Cedars.

This article is part of a series written by Rosemary Enright and Sue Maden for The Jamestown Press. It appeared in September 2020.