The Streets of the Knowles Plat

The area of town tucked in between Upper Shoreby Hill and the Town Cemetery at the Four Corners was developed in the early 20th century and was known as the Knowles plat.  The land belonged to Adolphus C. Knowles, the owner and builder of the Bay View House Tower. 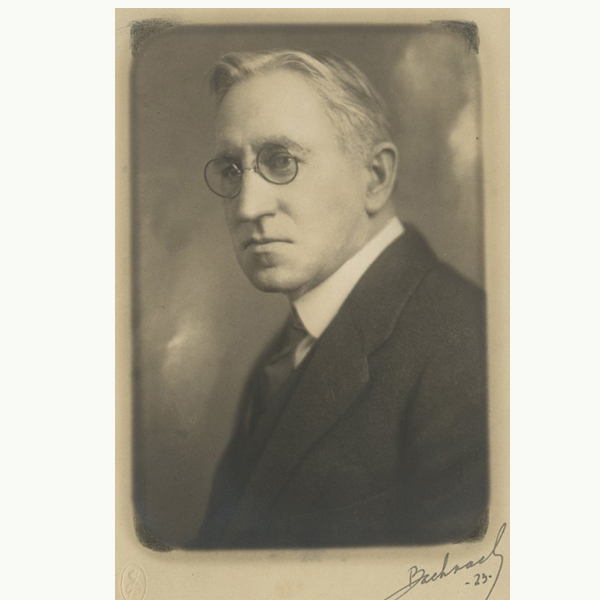 Aldophus C. Knowles, owner and developer of the Knowles plat.

By occupation, Knowles was an architect/builder; in addition to his hotel, he designed and built the Central Baptist Church and a number of homes on Shoreby Hill. He served as president of the Jamestown Town Council, acting Town Clerk, and General Treasurer for Rhode Island.  Although he was a director of the Jamestown & Newport Ferry Company, he also owned and operated an excursion boat, the Sylvan Shore, making trips between Providence, Rocky Point and Jamestown, providing ferry service between East Ferry and the Dumplings, and operating as a passenger ferry to Newport in opposition to the ferry company.

Many streets in the plat are named for prominent Jamestown families of the time.

Douglas Street.  The Douglass family in early Jamestown spelled its name with two “S”s and family members are buried in the Town Cemetery.  Hannah Remington Douglass, who was the great granddaughter of John Martin, the only man killed when the British burned their way from East to West Ferry in December 1775, is buried next to the memorial stone for her husband Thomas who was drowned at sea in 1831.

The most prominent Douglass in late 19th century Jamestown was Thomas and Hannah’s son John M. Douglass. A mason by trade, he was Jamestown’s accessor of taxes for many years and represented the town in the state legislature as senator in 1860 and 1870 and as representative from 1847 to 1849 and from 1884 to 1890.

Fowler Street.  The Fowlers were connected to the Douglass family.  Hannah, John M. Douglass’ eldest daughter, married Gilbert Fowler soon after the end of the Civil War.  A native of Noank, Connecticut, Gilbert had served throughout the war in the First Connecticut cavalry.  The couple had several daughters.  The youngest, Dakota, died when she was six months old in 1880.  Hannah died the following year, and the two are buried near each other in the Douglass plot.  After Hannah’s death, Gilbert moved to Newport where he worked as a painter.  He died there 10 years later.

Luther Street. Albert W. Luther began his career as a shopkeeper in Newport.  In the late 1880s, he realized the potential of Jamestown as a summer resort and moved to the island.  With his brother-in-law Fred M. Cottrell and several other prominent Jamestowners, he formed the Ocean Highlands Company, which developed the Dumplings area.  He was a director of the Jamestown & Newport Ferry Company, and for some years was its managing director.  According to his 1907 obituary, Luther did “much, perhaps more than any other persons, in building up the claims of the town as a summer resort and was largely instrumental in inducing many of the present summer residents to purchase land and erect cottages there.”

Swinburne Street.  Swinburne Street is named for one of the families that lived on it.  The Swinburnes came to Jamestown from Newport about the turn of the century.  The father, George, was an early director of the Jamestown & Newport Ferry Company.  His son John was part of the lumber and hardware firm of Swinburne and Peckham; while working in a mill, he caught his hand in a tenoning machine and lost the four fingers of his left hand.  John’s daughter Elizabeth Swinburne-Champlin was a telephone operator for 50 years in the Jamestown office of the New England Telephone Company.

Harriet Street.  Knowles did not give his own name to any of the streets; Knowles Court next to his hotel already honored the family.  But the Knowles family was not entirely forgotten.  Harriet Street is named for his youngest daughter, who married Private Edwin Anderson in November 1917, before he left to fight in the First World War.  Anderson descendants and others relatives still live in Jamestown.

Not all streets in Knowles plat follow this naming pattern.  Geography influenced the name of Valley Road, which runs through the lowest part of the plat, a distinction that was probably more visible at the time than it is today.  Plymouth Road, an extension of a Shoreby Hill road, retained its name.  Shady Lane, which is on the border between the Knowles plat and the George W. Carr farm, was originally Melrose Street, although there seems to have been no reason for that name.

This article is part of a series written by Rosemary Enright and
Sue Maden for The Jamestown Press. It appeared in July 2020.