Eliza Hickey Newcomb was a Southern belle, born in Baton Rouge, Louisiana. At 27, she married Junius Brutus Alexander, a New York investment banker 24 years her senior. It was a stormy marriage. His children from his first marriage evidently did not approve of his marrying a woman closer to their age than to his own. 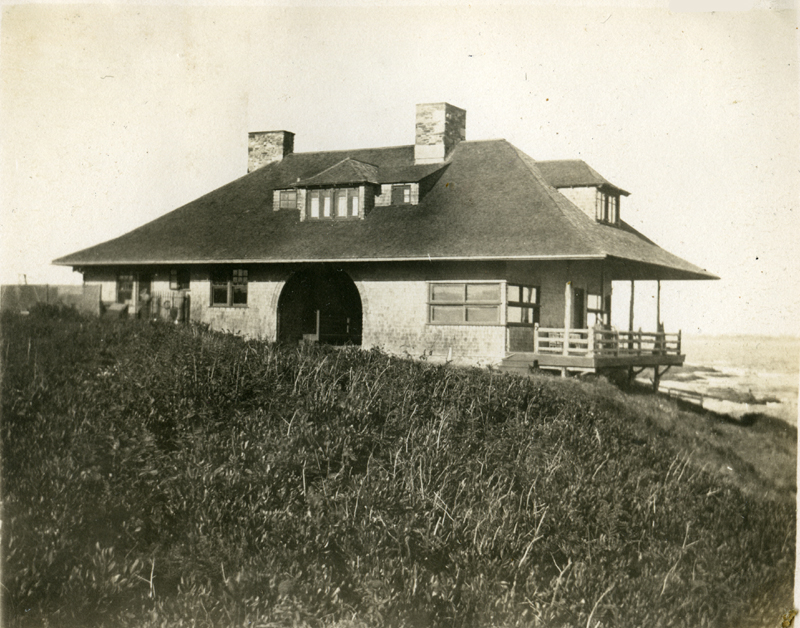 Eliza was an accomplished artist and nature writer who published several books of nature studies and whose landscapes were exhibited at the National Academy of Design; Junius disparaged and attempted to forbid her involvement in these “frivolous pursuits.”  The births of two children – Junius Jr. in 1867 and Maria Louisa in 1869 – seem to have fueled rather than calmed their disagreements.

At least some of the arguments were about money. In 1873, after a brief separation, their reconciliation agreement included her promise that she would not run up bills.

The reconciliation lasted only a month.  This time Junius seems to have been more interested in getting his children back than in his wife’s return.  Eliza took the children to Europe for seven years rather than obey a court order that she return them to their father.

After a second attempt at reconciliation, Eliza and Junius signed a legal separation agreement in 1883 in which she retained custody of the children – now in their early teens – and Junius guaranteed her the income from $75,000 (about $1,885,000 in today’s money) for the family’s support.

Eliza herself began her 20 years as a Jamestown summer cottager.  Soon after her visit in 1889, she expressed interest in buying a permanent residence.  Perhaps constrained by limited finances, she continued to rent.  Following a visit to her son and his bride in 1892, she sponsored an art reception and musicale at the Bay View Hotel to help build a hospital in her son’s new hometown.

The death of Eliza’s estranged husband in 1893 initiate a whole new drama.  There was no will.  The six surviving children of his first marriage claimed the whole $1,000,000 plus estate.  They argued that in accepting the $75,000 separation agreement, which included a codicil giving each of her two children $25,000 and the residual of the $75,000, Eliza waived her and her children’s right to inherit.

The courts disagreed.  “[Mrs. Alexander] took her chances as to probability that her husband would dispose of his personal estate by will and would have omitted her name completely from such a document,” wrote New York Supreme Court Justice George C. Barrett in 1895.  “In no possible view of the law could Mrs. Alexander or her children be deprived of their rights merely because they accepted their share of the provision made for them in the deed of separation.”

With her one-third of her husband’s estate, Eliza bought two properties in Jamestown, as well as Charles Wharton’s steam yacht Ripple.  The in-town house, Hill Crest at 53 Coronado Street, could be used immediately.  The one and half acres in the recently platted development of Ocean View on South Beavertail Farm was still an empty field.

She hired Philadelphia architect Wilson Eyre Jr to design a cottage overlooking the East Passage about 500 yards north of Beavertail Light.  Eyre placed the cottage at the water’s edge with the southeasterly porch partially supported by posts dug into the slope to the rocky shore.  A large stone archway bisecting the first floor served as both porte-cochère and terrace protected from the southerly winds.  The second story of the shingled cottage nestled beneath a hip roof with dormers on each side.

They called the house Grey Ledge.

Eliza continued to visit Jamestown for several years using both houses. She was in her late 60s and ill when in 1908 she allowed her sister Louisa Roberta Wilmerding to turn Grey Ledge into a tea house. Eliza died in 1912. After that the tea house was open sporadically until the mid-1920s when her children sold the house and it became again a private residence. 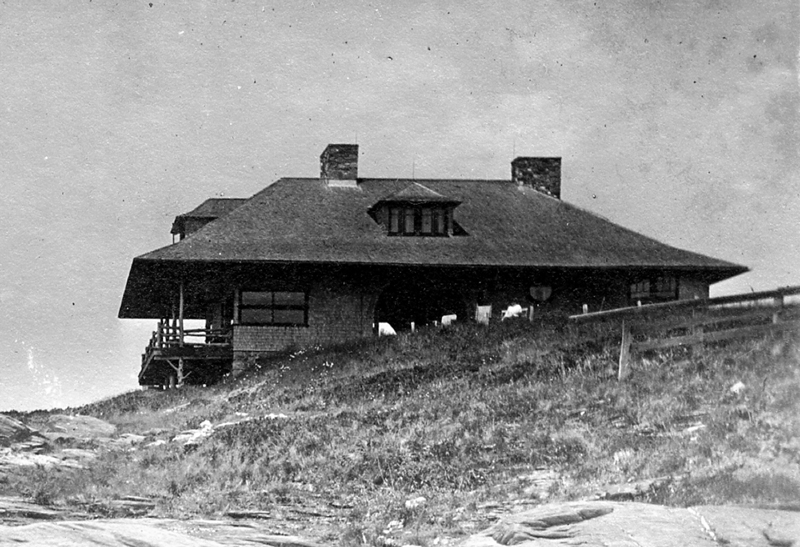 Grey Ledge was severely damaged in the 1938 Hurricane and burned down in 1942 soon after the area was acquired by the Federal government for Fort Burnside.

This article is part of a series written by Rosemary Enright and
Sue Maden for The Jamestown press. It appeared in June 2020.