From the Collection – Bounty from the sea 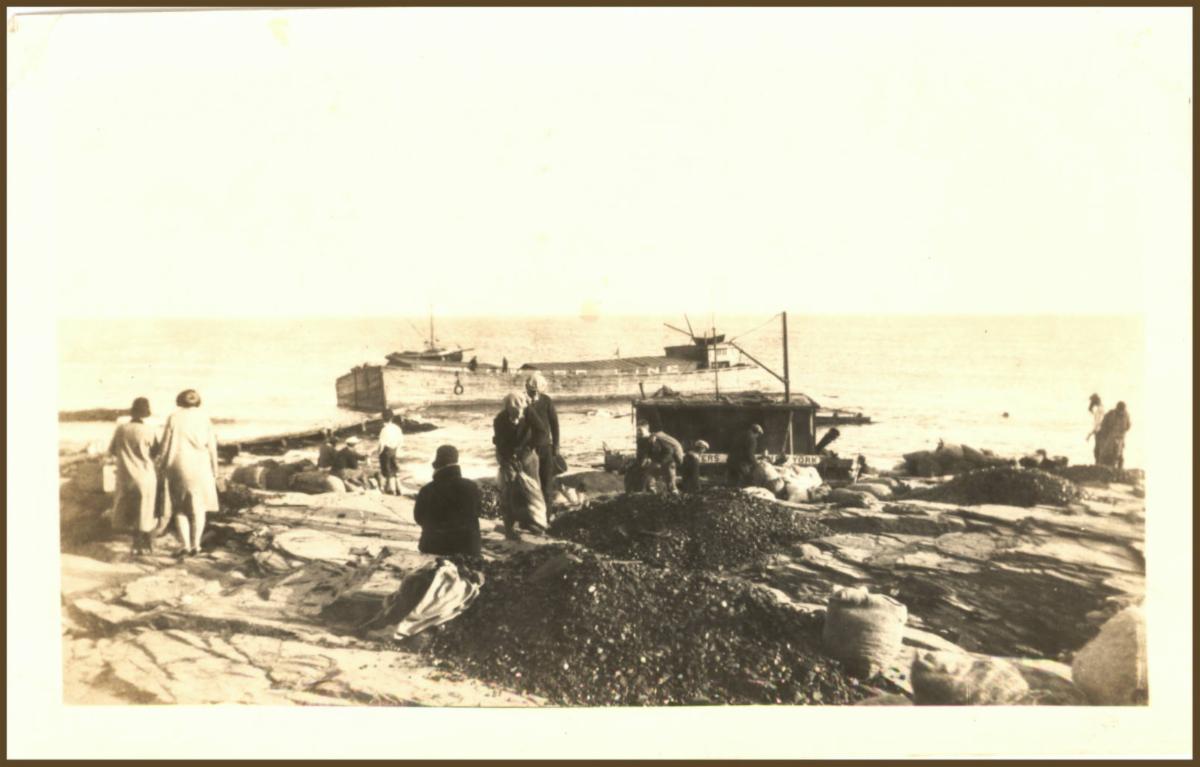 On October 18, 1930, almost a year after the Great Depression started with the stock market crash on Black Friday, many Jamestowners received a bounty from the sea. Two barges filled with coal, the Henry Howard and the Howard Sisters drifted onto the rocks at Beavertail during a heavy storm, as shown here. This bonanza, with winter approaching, did not go unnoticed.

“Coal from these barges has already washed ashore in great piles, to give employment to Jamestown residents, fishermen and not a few from Newport, who have taken advantage of the fortunes of the seas to fill their bins for the winter months.”

Families worked in teams. Adults and older children would gather the coal off the rocks and collect it in piles higher up the shore where it was guarded by the younger children.

One person who did not benefit was Isaac Clarke, the Jamestown coal dealer, whose local business fell off dramatically. He estimated that most Jamestowners had stored at least seven months’ supply in their basements or outhouses, and coal was selling at $16.75 a ton.

Some families profited less than expected. Some of the final pickings retrieved at low tide had become contaminated with seaweed and small colonies of marine life. A few canny scavengers washed their coal and were ridiculed for doing so. But when the scoffers burned their unwashed coal, the odor was terrible. The fuel had to be thrown away.

Perhaps Isaac Clarke got some business back from these people. 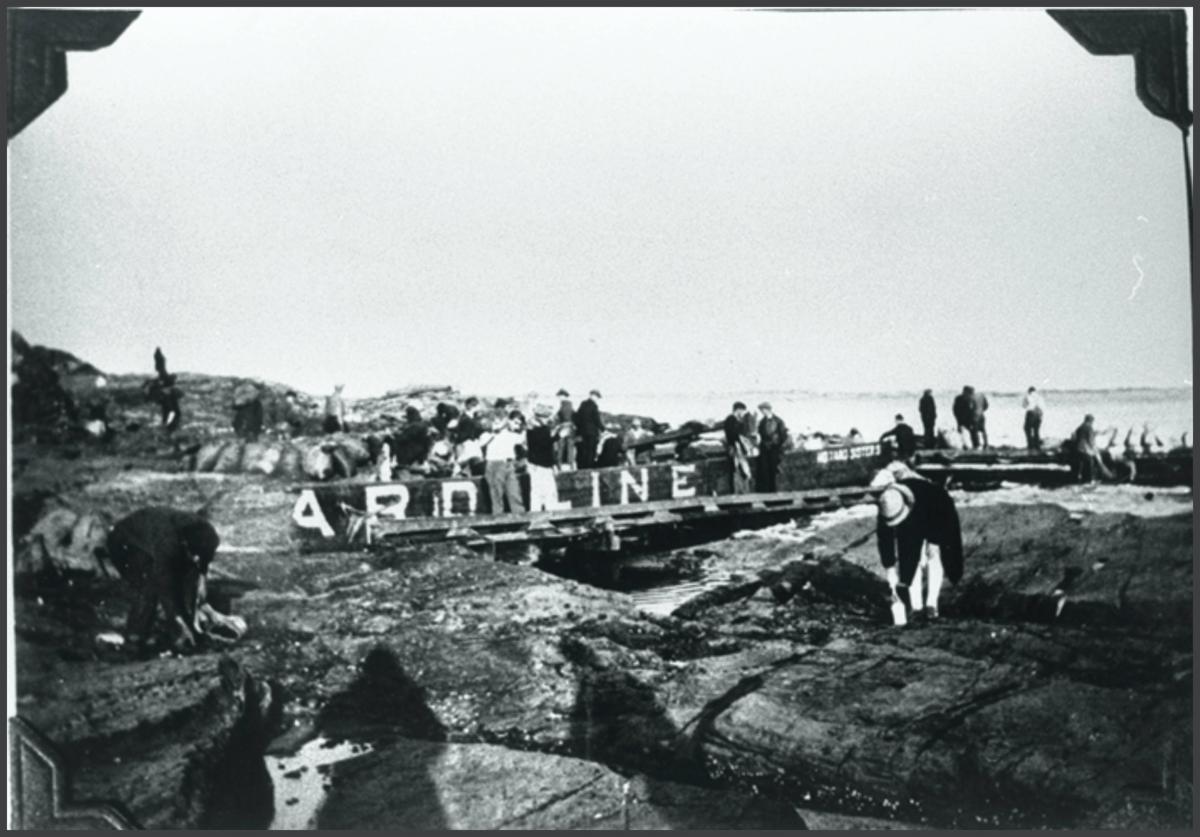