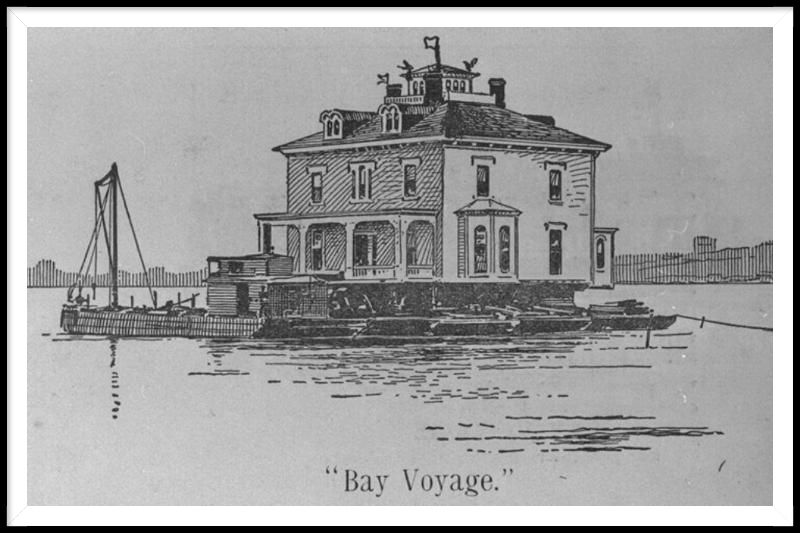 The Bay Voyage Hotel was originally a residence called “Rhoda-Ridge on Brown’s Lane in Middletown RI owned by James A. Brown.

The original house was built in 1860  In 1890 for some reason James Brown decided that he would be happier in Jamestown across the Bay, so he had his house divided into 2 parts and transported over fields, stone walls, a marsh and a railroad bed to the water’s edge where the largest part was loaded onto a barge.

The weather caused a one day delay, but the house was successfully transported to Jamestown where it was later joined by the smaller section at the present location.  The resulting building was renamed the Bay Voyage and eventually enlarged to become