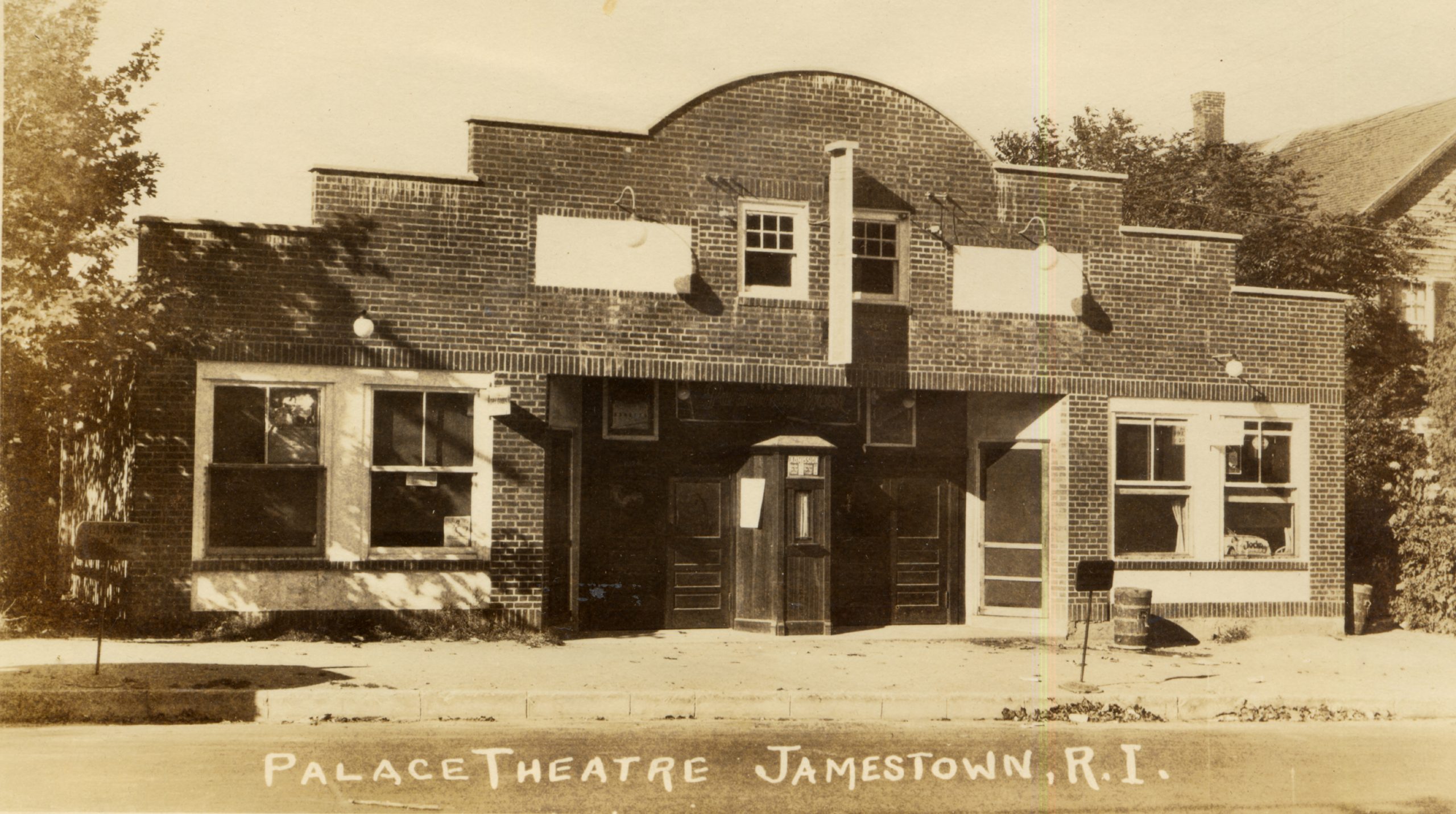 From 1922 to 1982, Jamestown had its own theatre – called the Palace at first and, after 1946, the Jamestown Theatre.  The theatre brought movies to the people of Jamestown in the days when the ferry schedule governed whether an islander could stay until the end of a movie elsewhere and still catch the last ferry home.  Although built as a movie theatre, plays and pageants were presented on the theatre stage, which was also used for school graduation ceremonies.

From the early 1950s until 1982, the theater was opened sporadically, showing movies during the summer and from 1978 to 1982 as a not-for-profit organization offering plays and movies.  Jamestowners Roy Dutra and Ed Holland purchased the building in December 1982 and opened the Bomes Theatre Mall in July 1983.

The new exhibit in the Jamestown Philomenian Library celebrates the theatre with photographs, programs, and memorabilia.

Pictured above: MGM Theatre Photograph and Report of the Palace Theatre, May 1941, Program – Harold Lloyd featured in “The Freshman,” 1926, Members of the Jamestown Theatre, Inc. celebrating the holidays and the mortgage closing on the building in December 1978, Ferdinand Armbrust (1878–1934), one of three partners who had Ralph G.P. Hull build the Palace Theatre in 1921. Leroy Meredith and Aaron Richardson were the other two partners.